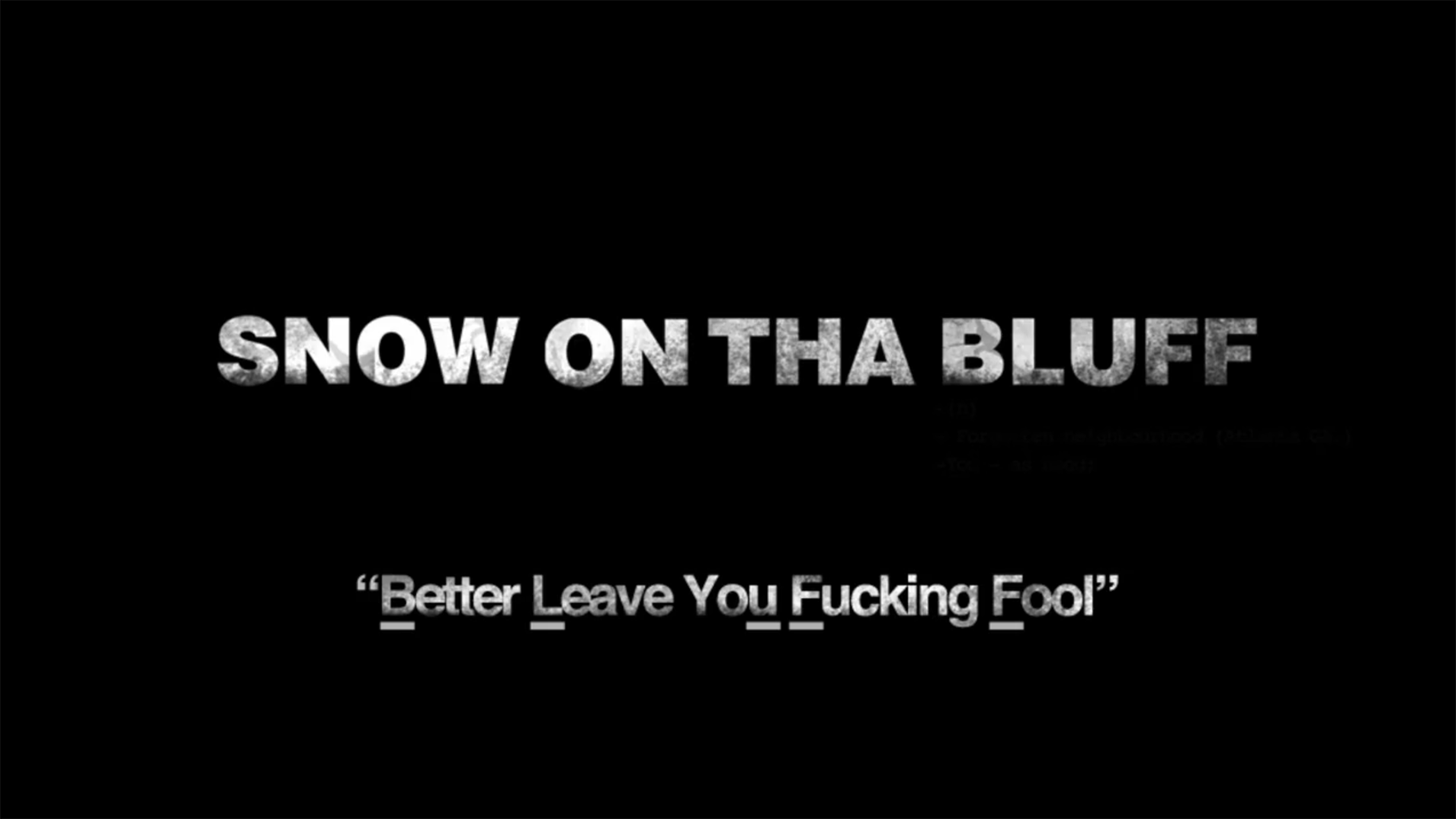 Mock documentaries and Found Footage films tend to be pretty bad. Not every movie can be “Man Bites Dog.” Most films fail because they lack a specific component required to have you immerse yourself in the cinematic experience. That component is the main character, who has the charisma to put viewers in a state where the desire is to see what happens to the person more than the film. This brings me to the film we are talking about at this moment. Snow on tha Bluff is a mind-blowing experience because of the broad shoulders of Curt. He carries the film and hooks the viewer into a front seat to see what Curt’s world is about and what he is doing with his life. This film is a masterpiece.

The film follows the day and life of a young black man living in and surviving in the underground economy of Atlanta. Curtis stumbles and thrives in situations that are knowingly not in his best interest. It is a wild and enjoyable ride. The pacing is perfect, and the situations have a level of authenticity that makes this film classic.