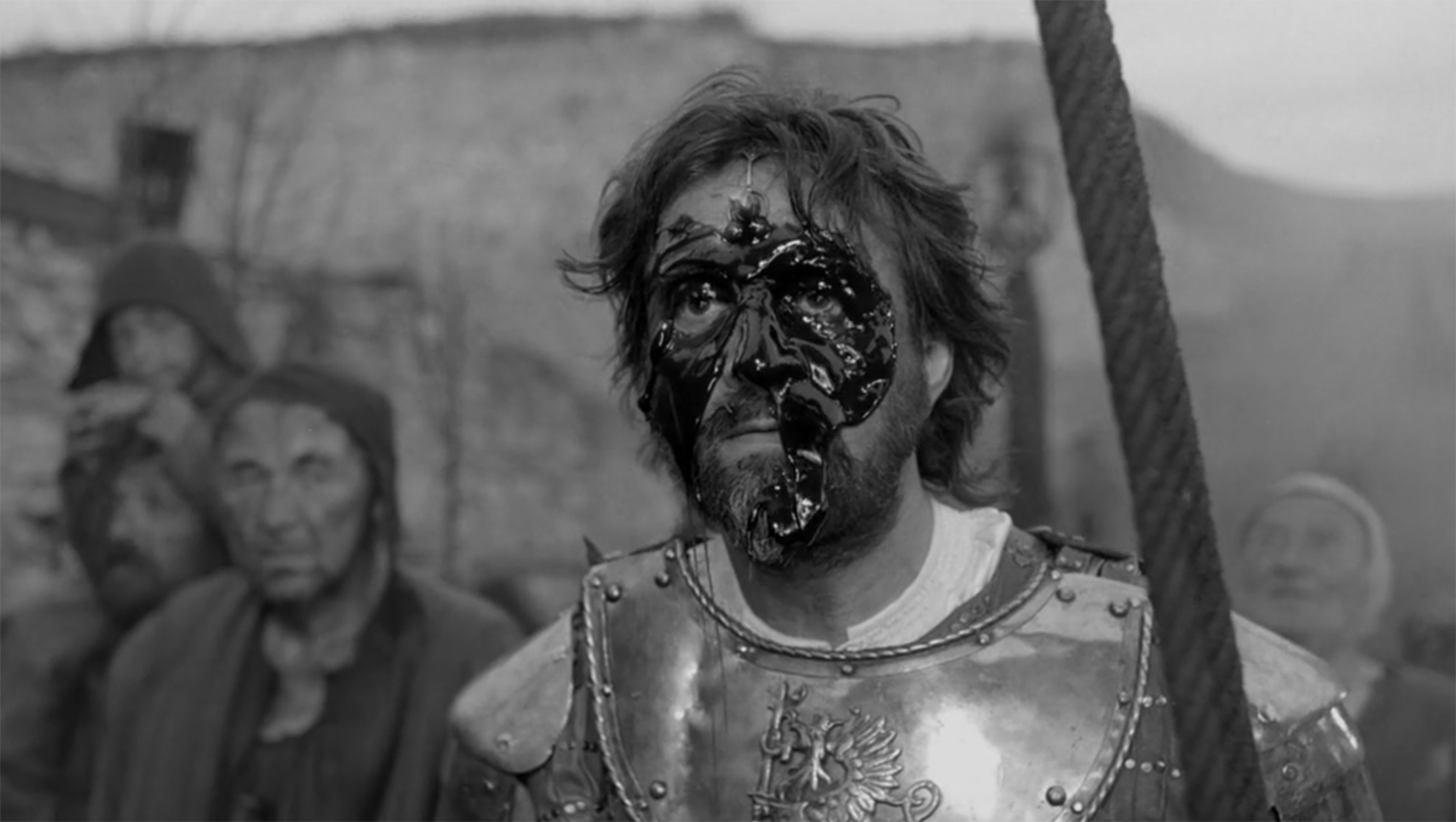 Jesus fucking Christ. If you want to know what it felt like to box back in the days when the fight didn’t end until someone couldn’t continue. Well, try watching this film. It feels exactly like that. With a 2-hour and 57-minute runtime, it is exhausting. That being said, the film is excellent. I compare this film to Infinite Jest due to the confusing lack of clarity in creating this work of art. It is either you love it or hate it movie. Sidenote, this is the film that made me sign up for Fandor. Do you remember that streaming service?

Here is the gist of what you are getting yourself into. The story is based on a parallel plant that is either stuck or is experiencing life during medieval or middle age times. I am not sure what term is correct, but I’m sure nobody will shoot me for being wrong—either way. The people in the village where our time or space-traveling hero (Anton aka Dom Rumata) currently resides live in a time that it feels like we are headed towards. It is a society that pretty much outlaws intelligence. Society executes anyone who is considered an intellectual. So if you got smarts, then you might die. I don’t think people read or write. I believe all books and writings are destroyed. But doing anything related to being literate will get you killed. You will feel the connection to the embracement of stupidity. It is scary. But people seem content even though they are living in the middle ages by choice.

The most intriguing aspect is how Dom Rumata is a scientist from another place in time who is posing as divine royalty. This makes him as much of a loved character as he is also hated. One minute someone wants to bang him another moment, they want to kill him. And he pretty much walks around and through the insanity with a sense of ambivalence. It is remarkable and beautiful to watch him walk through shit with a smile on his face.

Let me wrap this up. The film is filled with intrigue as Dom Rumata navigates and tries to exist. Look, let me be honest. What makes this one of the greatest films ever made in Russia or anywhere else in the world due to the sheer insanity involved in creating this film. It blows away anything you have ever seen cinematography-wise. Is it the greatest? No. However, it is one of the most amazingly shot films ever.