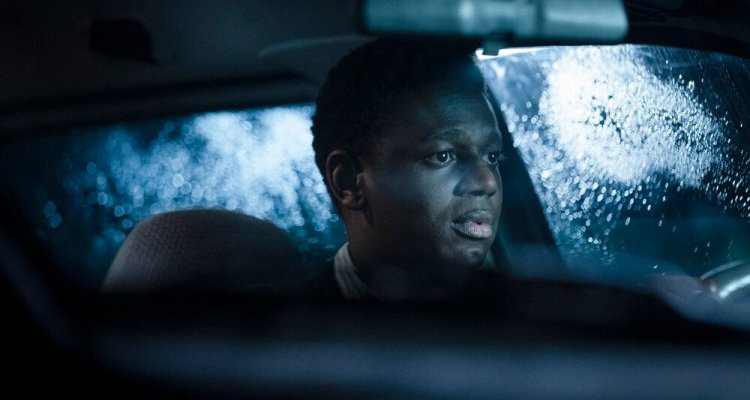 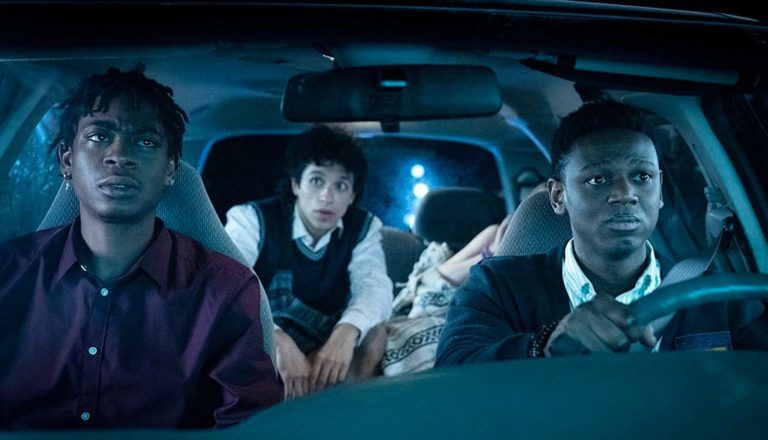 The Emergency is a brilliant film written and directed by dd. It began as a short film and won the Special Jury prize at the 2018 Sundance Film Festival. It has transformed into a full-length feature film that expands on the original premise. I pray the short film is on the physical media release whenever that happens. There are so many possibilities for extras that I hope to see. The full-length movie revolves around the same question as the short film does. Is it safe to call the police if trouble arrives on your doorsteps?

Kunle (Donald Elise Watkins) and Sean (RJ Cyler) are two college students who plan to complete The Legendary Tour this evening. The tour involves getting into seven exclusive parties on campus. Their goal is ambitious as it has never been done before. Both Kunle and Sean can ensure their place in school history and be put on The Wall of First in the Black Student Union as the first black students to complete the Legendary Tour. That is the plan.

Kunle and Sean are played by the talented Donald Elise Watkins and RJ Cyler. Each actor did a fantastic job capturing the complexities of being Black men from different backgrounds but existing in the equally complex real world. RJ Cyler was last seen in the incredible and highly entertaining film, The Harder They Fall. There he plays Jim Beckwourth, the quick-draw gunman in the movie. This role as Sean was a cool departure for RJ Cyler. His role felt familiar, and he carried most of the scenes he was in. It was an outstanding performance. Both films captured the spark he brings to a role.

Donald Elise Watkins, on the other hand, was stellar in his portrayal of Kunle. The immigrant son whose sights are on Princeton. As he attempts to navigate himself through the ambitions, his successful parents laid out for him. And his own goal of living up to expectations. Donald’s Kunle captured that and a vulnerability required to let viewers connect to his struggle to succeed and move on in life as he was soon graduating. Watching the two friends’ closeness and friendship reach peaks and fall into depths neither wanted to address carries the weight of the film. Even in such a dark movie, their relationship was the life rafter we all relied on. 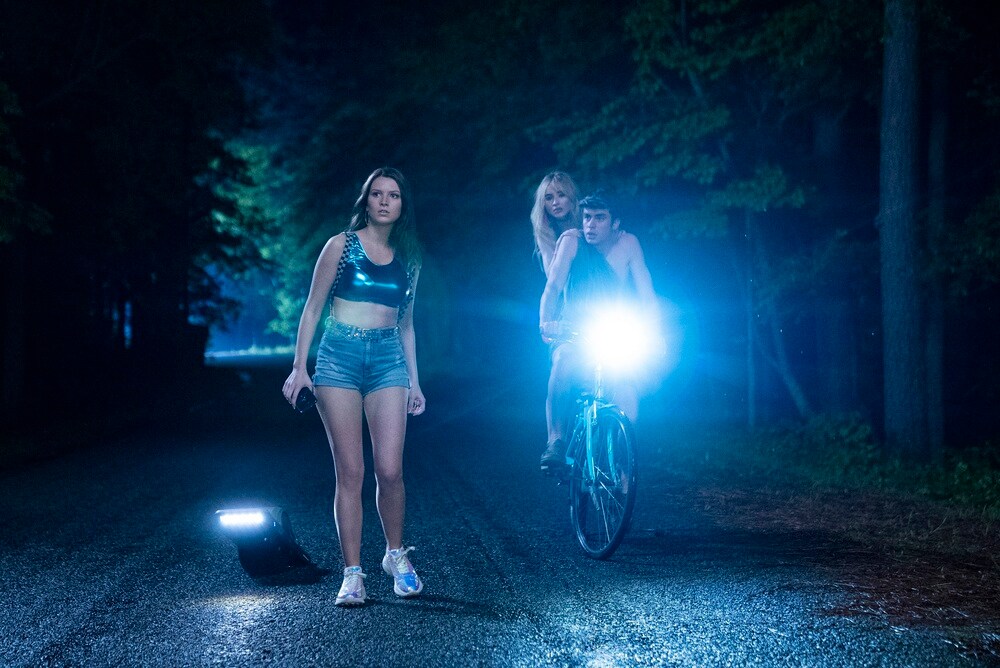 Kunle and Sean come home to find an unconscious white girl in their apartment. The girl is in distress and is in dire need of medical attention. The logical decision for everyone involved would be for Kunle or Sean to call the police. However, the reality of interacting with the police is a terrifying proposition for any black person in America. Many Black Americans can tell stories of how a harmless situation changes into a life-altering event after calling 911. You can call for help if someone breaks into your home, your car blows a tire, or a relative has a mental health crisis, and it ends with police shooting the wrong person. Knowing that the question is. How can Kunle and Sean expect that not to happen just because a strange white girl broke into their house, lying on the floor, unresponsive and vomiting on their floor?

The film continues navigating the men through life’s scary and harsh realities for so many of us. I’m going to be honest. I pause the movie a couple of times to collect myself. I found the situations they found themselves in unbelievably terrifying at times. I believe this team of Carey Williams (director) and KD Davila (screenwriter) struck gold with this film. It might seem heavy-handed at times. Other times it might be taking lightly what is an obvious issue in America and worldwide. The vilification of black people is a worldwide problem rooted in white supremacy. The film does an excellent job at balancing and tackling a heavy subject entertainingly in Emergency. 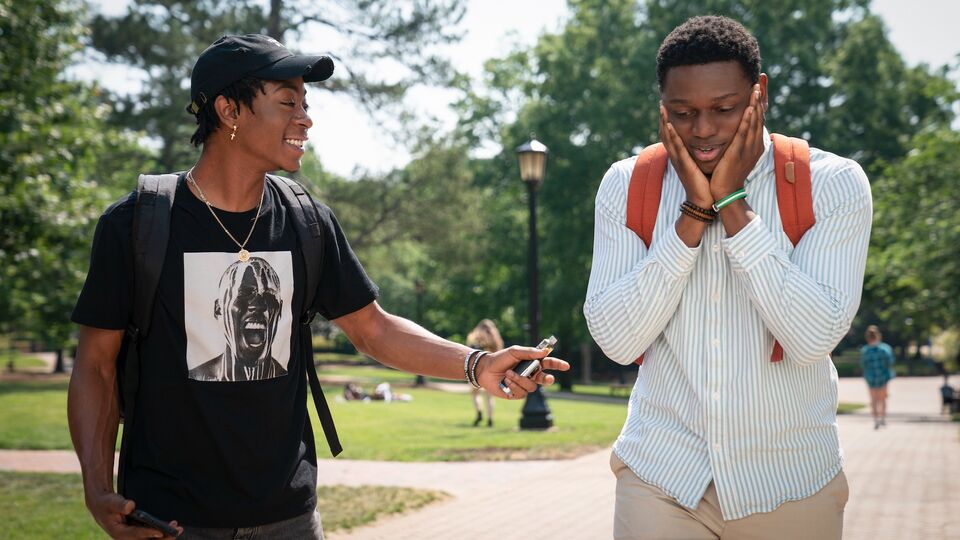 The conversation about blackness, race, and friendship created a rich story. Both main characters struggled with aspects of how their experiences as young black men frame their perspectives about themselves and each other. Throughout the film, Sean passively cuts down Kunle repeatedly over his lack of understanding of Sean’s perspective on issues. How they managed such a close relationship is surprising when the cause of the emotional separation on Kunle’s end is understandable. Sean made himself the arbitrator of defining the “Black Experience” and what isn’t. 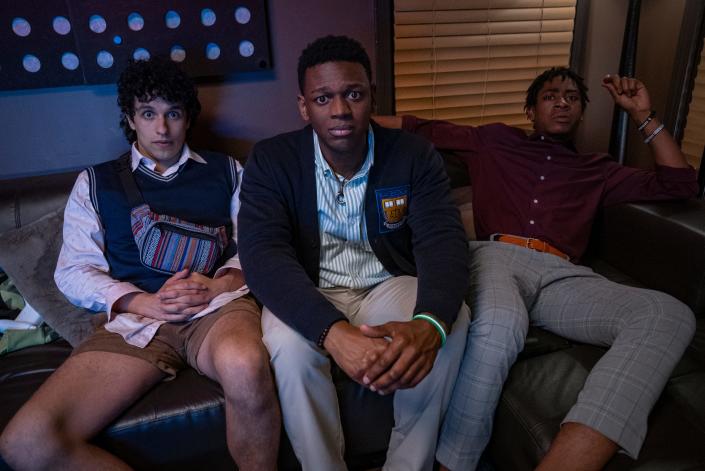 The film is a wonderfully dark collage of emotions as the characters navigate numerous situations, concepts, and additional people as the night and stakes progress. This film reflects the times we continue to force ourselves into. I hope this duo continues to work together. I think the promise Carey & KD showed with this feature will lead to bigger and better things for them. Until then, please check out this film. It is worth your time. It currently is on Prime Video.