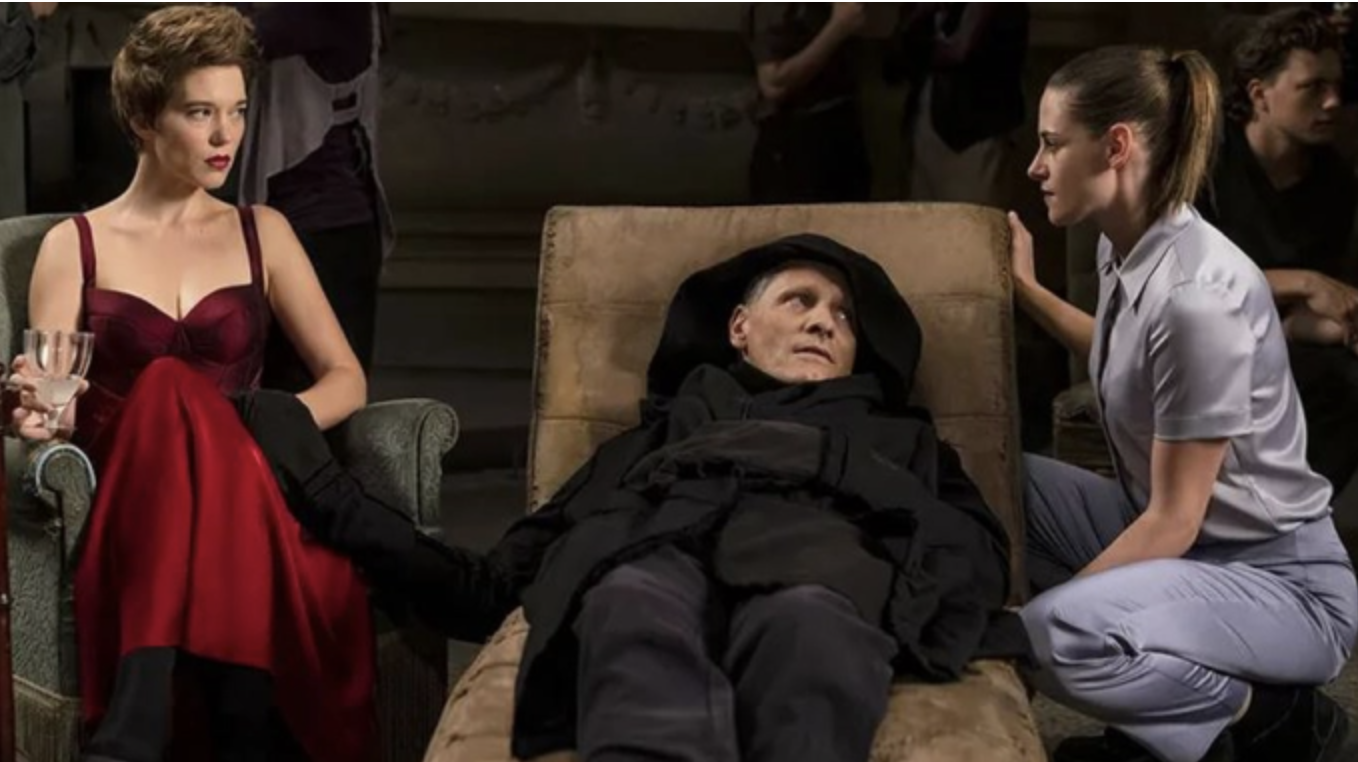 This is a review of the new David Cronenberg film, Crimes of the Future. However, it also critiques a phenomenon I call “Cinematic Hostage Syndrome.” Both aspects will be insightful and hopefully guide you in the near future. Crimes of the Future is a film set in a dystopian future. Pain is a thing of the past, and humans are evolving. The questions of what is open-ended and what ultimately hurts this film from being successful.

There are some things about this film that I enjoyed. The comedic value of how the story was presented to the viewers was tailored made for unattended laughs. Not because it didn’t make sense, but because David wasn’t concerned with it making sense. But that maybe be the films saving grace. And I will take away anything positive from it that I can. Another aspect that I enjoyed was the murder of the 8-year-old child named Brecken by his mother in the film’s opening minutes. It was easily the most compelling aspect and risk taken with the film. I love when a filmmaker takes chances like this with his art. Great scene. Lastly, the performance by Welket Bungué as Detective Cope. Seeing him on the big screen was the film’s highlight for me. We need more of him.

Let me talk about the “Cinematic Hostage Syndrome” phenomena I mention earlier when you go to the theater to see a film by a specific director or the main character that compels you to give the film more time than it deserves because of the director’s history. Movies like this film and, more recently Alex Garland’s “Men.” Films that you feel forced to stay seated because they did the “Fly” or “Ex Machina.” Why would you walk out of these great craftsmen? Obviously, their brilliance will be on full display at some point, which will justify why you stayed seat. But the reality is it doesn’t come. And you unknowingly were held hostage due to unrealistic cinematic expectations, aka “Cinematic Hostage Syndrome.” it sucks, and it hurts when you realize that a lot of time because you felt forced to stay because of their previous works. There were so many times I wanted to get up. But the specter of David’s previous film forced me to stay in my seat.

I am unmistakably not a filmmaker. However, the film fell into the same trap that M. Night Shyamalan did with his 2021 film “Old.” the film relied on good acting, and a director earned capital from previous films. However, it has one major flaw. The reveal was too late in the film. Without a point for why the characters were experiencing what they were. Viewers are left with no stakes being available for them to stress about. Well, at least the characters were trying to beat the clock and get off the island. But the reason they were there in the first place was of less concern for the audience. Crimes of the Future didn’t have anything at stake for the main characters or the viewer concerned about. The film asked the philosophical question of what is art? Who determines it, and if there is any value to it? That isn’t enough for most filmgoers. It will be enough for rabid fans of the director’s work. But not for the casual viewer. Professional collateral might get you a six-minute standing ovation in Cannes. But it will also earn you an RT audience score of 46.

It was a bad sign for the film when Variety published an article by Antonio Ferme titled “David Cronenberg explains What Crimes of the Future is really about.” That is a huge red flag. If you have to hear what a film is about from the director. Then you got some serious problems with your film. The film could have positioned the conversation of what is human and put the Government’s desire to control that issue along with the evolutionary and environmental discussion more in the forefront. That would have helped the film. Films that don’t have anything a stake are doomed. Do you want to know why Bob’s Burger has better ratings even though this film isn’t as good as many television show episodes? The movie had multiple stakes for the characters and the restaurant’s fate. Crimes of the Future explained the stakes in the last 5 minutes. But in a closer look, there weren’t any stakes. That is why this is a bad film. There is just too much of nothing in the film except for gore and confusion. That’s not a mixture for a film to be appreciated by a more significant portion of the viewing public. And that sucks because there were many talented people involved in this film. It should have been better.