Chicago, Illinois, is a city with two sides. The family-friendly aspect that communities cherish is integral to the people’s desire to come to the city. Then there is the dangerous side of the city. Chicago is a place where death is right around the corner. It doesn’t choose its victims for any reason other than being in the wrong place and at the wrong time. It isn’t a secret how dangerous this city can be. It is a widely known fact that being in Chicago can kill you. Yet, in 1986 Becky decided this was the city where she needed to seek refuge. This city with these two conflicting sides was where she chose as the place to leave one life behind and start another in what turned out to be the last wrong decision of her life.

Henry Portrait of a Serial Killer is a 1986 horror film directed by John McNaughton and written by him and Richard Fire. It also starred Michael Rooker as Henry, Thomas Towles as Otis, and Tracey Arnold as Becky. The film follows the tragic life of Becky. A woman with a past filled with abuse who leaves her small town to escape her brutal partner, Leroy, and her child. For the opportunities, a big city like Chicago can offer a person looking for a new start. Leaving her nude dancer career and harsh situations behind, Becky takes shelter at the home of her brother Otis and his roommate, Henry. 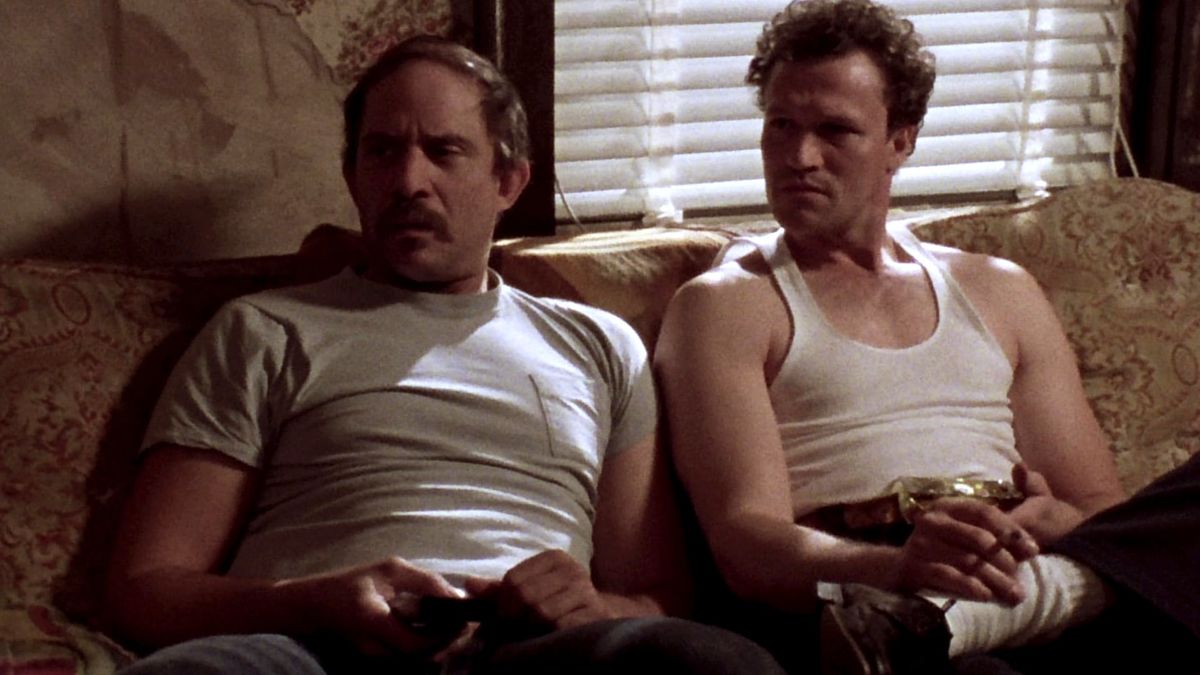 Becky’s arrival into Otis’ house and life has disrupted things. Otis is exceptionally welcoming to his little sister. We see some playful banter. They seem like they care about each other. She arrives at the house and meets Otis’s roommate, Henry, for the first time. It goes well with him. However, the roommate, the soft-spoken Henry, offers a kind gesture toward Becky by offering her to sleep in his bedroom while she stays with them. Unknown to Becky that the kindness extended to her by Henry was coming from a serial killer. A killer who just passed her Otis and a guitar from a female hitchhiker killed her earlier in the day.

After a hard day at work pumping gas and perving out, Otis heads back home to Becky. The two of them have a deep conversation where Becky asks Otis where he met Henry. Otis casually explains to Becky that he met Henry while serving time in prison. He stiffens up and divulges a fact about Henry to her. A fact she is never supposed to repeat to anyone, especially Henry. Otis tells her that Henry killed his mother and a boyfriend with a baseball bat. Becky isn’t sure if she believes him. Before she can get additional information, Henry enters the room, and they share a meal together. Becky’s inquisitive nature has all kinds of thoughts going through her head. She is wondering if what Otis said was true. She is determined to find out.

The meal ended, and Otis explained he needed to do an errand run. He left Becky and Henry alone, and the two started playing a game of cards together at the kitchen table. The conversations turned dark as Henry began telling Becky about his childhood. He told her a sad Christmas tale about his father getting him bicycles he stole from a delivery. The stolen bicycles were too big for Henry and his brother. Henry’s story ends with them never being able to ride a bicycle because his parents sold the bikes before they got big enough to ride them. Feeling moved by Henry’s depressing tale, Becky decided to open up to the person she assumed was a sensitive soul, Henry. She told him how her father routinely beat her for the most mundane things kids do. Once Becky turned 13 years old, she said her father would come into her room and molest her. Her father continued raping her during the remaining time she lived at home. Becky’s mother didn’t believe her or wouldn’t act to protect her. So instead of the home being a safe place. It was where she spent the entire time worrying about getting pregnant from her father’s consent sexual assault. Her only option to exit her parent’s house and the sexual assaults were to marry her husband, who only physically assaulted Becky. After she told this story, it probably was the beer and comfortable conversation, but Henry decided to open up more to Becky. He told her that his mother was a whore. She brought men to the house to sleep with even while Henry’s sick and disabled father was there. She made Henry watch and participate in some of those acts. He did this until he responded by shooting her to death. His anger punctuated this dark conversation about his mother. What also appeared to be a slip of the tongue by retelling the story to Becky in a different manner of killing the mother and boyfriend was chilling. It indicated how he lost the facts of how he murdered her with the numerous other women he killed. Unknown to Becky, this conversation wasn’t a bonding moment between two broken people. But a warning for the run. But unfortunately, she didn’t. 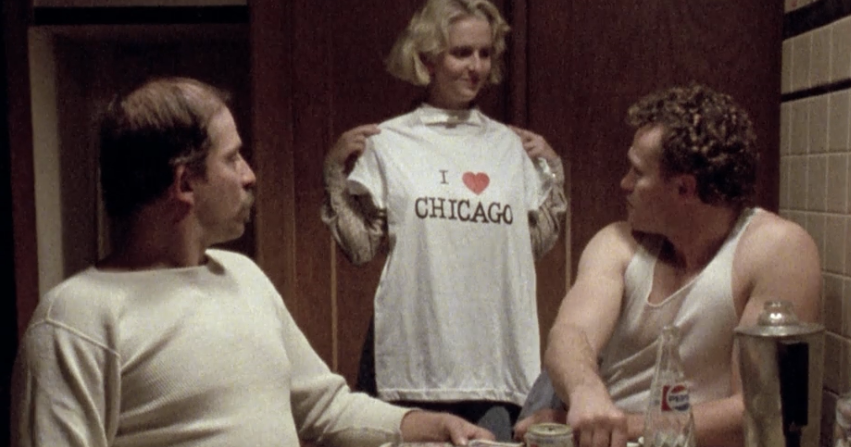 Henry: Portrait of a serial killer is a tale of how an emotionally and sexually abused woman’s tormented past impacts her present and future. This film is as tragic as it is horrifying. Becky cannot shake away the damaging actions that shaped her life without the support to help heal the scars carved into her psyche. As we learn, Henry is also a victim of similar abuse. The betrayal both endured manifests in ways that ultimately led them onto the unfortunate collision course the film ended with. The cult film’s status as one of the great horror films hides the fact it shows the disastrous results of childhood sexual trauma. Both Becky and Henry are victims of childhood trauma, and the by-products created the foundation of a film that is still terrifying today. Violence against women is a force of nature that destroys the lives of so many people. Henry speaks to that topic in a way most slasher films didn’t back in the 80s and even more so in the current day.