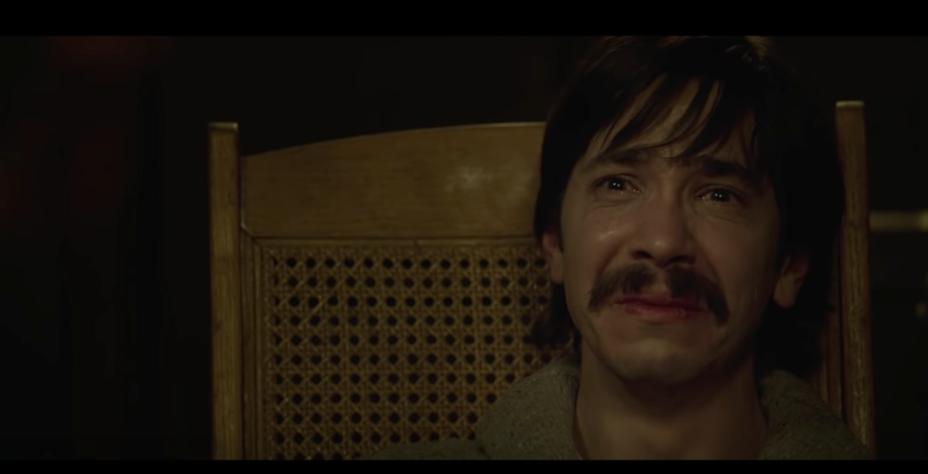 “There is nothing weird about Canada.” Wrong, so wrong. Let me introduce to the a movie called “Tusk.” This movie is most definitely a film that falls under the category of “Fucked Up Movie.” A FUM is a movie where the main character just has some really fucked up shit happen to them. Life alter shit. The kind of shit that you cry yourself to sleep and never ever speak on it. Human Centipede, The Fly, Girl next door, and Calvaire are FUM movies that are epically were messed up. A24 really put themselves on the map when they released this film. We need more no safe films.

This review is so difficult to write something that resembles a coherent thought because the movie was so bat shit insane. Anyways I will just do it stream of consciousnesses style.

This film was a brilliant film It turned out so much better that I could have imagined. Kevin Smith really went for it. He could have played it safe and made another Bluntman movie. I think there was on. Anyways I believe I feel saw Kevin Smith take something that was birthed from little spark of imagination in his brain to becomes a film that when balls to the wall. It couldn’t be easy to create a film that featured so many unlikeable characters in the most unimaginable situations. Come on, I mean everyone was fucked up. We almost everyone. The people in the convenience store were not despicable characters. The seemed like aa couple of nice girls. However everyone else on camera with speaking roles could have easily had the words “Dick” carved into their foreheads “inglorious Bastards” style. They were that horrible. Even so, Wallace did not deserve what happened to him. His procedure was simply the cruelest surgical procedure seen since the “In my skin” and “Human Centipedes” movies.

I mean how tortured Howard Howe must have been to do what he did to Wallace? It was cruel as hell. If he did this under the guise of revenge then maybe you could say, ehhhh. But nope it was born from the mind of a man that had experience one to many tragedies. Kevin Smith just shocked me. Who would have thought he could execute something so disturbing.

On another note, Johnny Depp was spectacular as Guy Lapointe. I didn’t notice it was him at all. Funny interesting character, lol. Johnny Depp and Michael Parks who played the menacing Howard Howe were insanely good in this film. They both performed as such high levels that I felt they shined in this film. In fact I believe performances in the film enhanced it beyond something normally found along the lines of most cinematic torture porn films we are accustomed to seeing. This film does have a bad rap but I think it is mostly because it was so disturbing. I personally never feel that horrible films are for people who don’t travel in these horror film circles. Being embraced by the masses kind of dilute the possibility that the film is a genre at all. This was comedic but definitely horror. Which means it probably isn’t for mass consumption. This film should be appreciated as a horror film love letter by a mainstream director. We (horror fans) don’t get this kind of love normally. I guess that is why the possibility that QT will do the same is exciting. Anyways this film has it all. Gore, scares, shocks, pretty girl, insane villain, and a perfect ending that doesn’t allow for a sequel. Go see this film. Check this movie out!!!

Thanks for listening to me rant about this film. I got a few more things to say. Never take up an offer to sleep over some strange man’s house that you just met. And more importantly, that pool is right there. You could end it. Just saying.