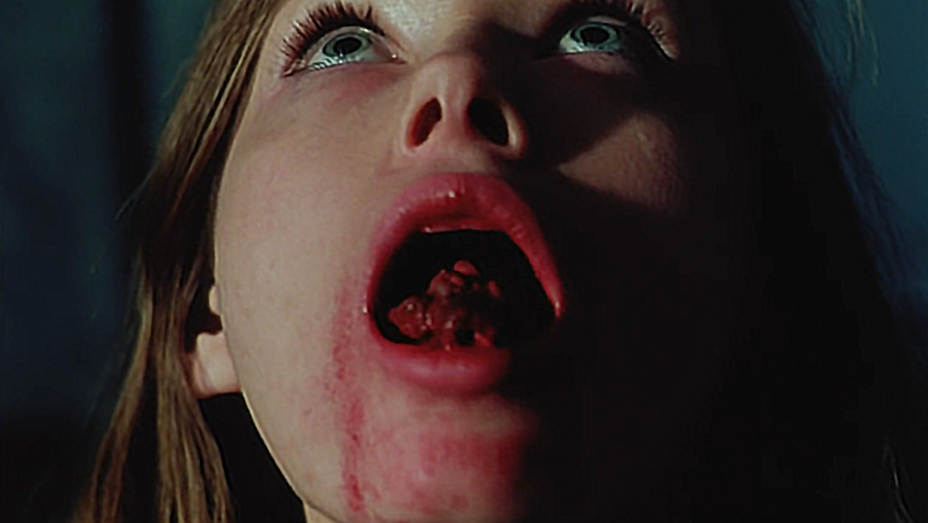 I am pretty sure that this is the first Cronenberg film that I watched. I may have been Rabid. But either way, this is the film that without a doubt stuck into my head. This is a goto film for me. If I don’t see anything worthwhile watching. I can always pop this film on and be content with what I’m viewing. I distinctly remember being introduced to this film as “They Came From Within.” Which made it hard to find later in my life because I didn’t know it as “Shivers” until much later.

The movie starts with a really strange scene with a schoolgirl and an old man. I was shocked as hell. Probably because of the imagery of a young girl being assaulted like that from what appeared to be a normal guy. He had no mask, chainsaw, and machete. It was utterly strange, surreal, and disturbing. And It worked as an introduction for what we were about to see.

This movie was part mad scientist, aliens, medical thriller, and zombie movie. I think that is why it stuck with me as a favorite. I can’t place what the film is attempting to get across. In some ways, it is an ensemble film with crisscrossing stories that intersect with the parasite. I know sexuality place an important role in this movie as it has in so many of his films.

Sexuality and the desire for it and the actual act play the role of antagonist and protagonist. I found it so interesting how he weaved a story about our need and desire for sex into a horror film. Brilliant. If the movie “Contracted” had a parent. This film would be. I won’t give anything away in this review since it is a spoiler-free rambling of mine. I think the film deserves a lot of credit for being creative and original. I suggest check out this early Cronenberg film.