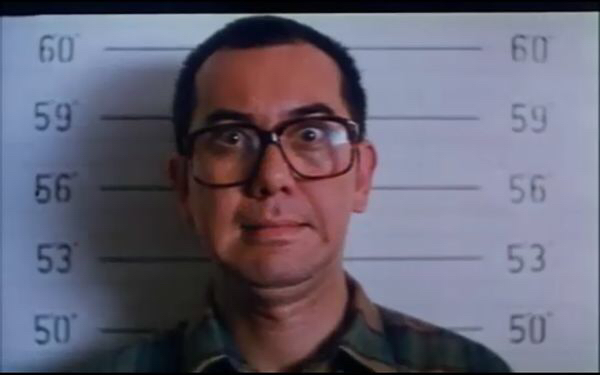 Money is the root of all evil. It might not be all the time. But it was for the root of the evil in Herman Yau’s 1993 movie “The Untold Story”. The film is based on a real-life crime. This is another example of true crime being the source of entertainment. It is pretty macabre, but so was the actual crime. This film is centered around the team of detectives that are attempting to solve the case of the disappearance of the Eight Immortals Resturant owner and family.

What happens next is a series of messed up stuff from the cops to the person of interest. The film has some dark humor, but it is a serious as hell situation. The entire film is held together by the incredible acting of Anthony Wong. He did an amazing job as Wong Chi Hang. He is truly a very evil bastard. But as bad as he is. And Wong is as evil a person as they come. The police are just as bad. Nobody looks good in this film.

As with most of these films I rambling on about. There are some intense scenes of violence. So be forewarned. But also check this film out. Anthony Wong won the best actor for his portrayal of Wong Chi Hang.

PS, the first image is the cover of my laserdisc copy of the movie. And I added a copy of the film that is on youtube. For such an amazing film. It hurts to see that are no clean copies of it available. Maybe I will attempt to restore myself one day. It is also on Amazon Prime. But that copy is pretty bad too.