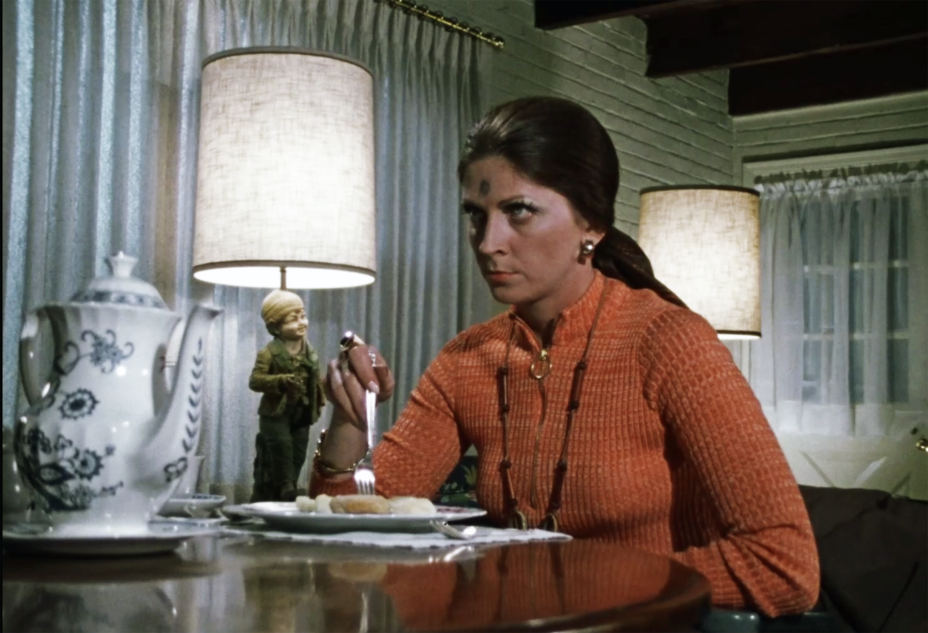 Most people when they hear the name George A. Romero think of Night of the living dead. Or so many other films and impact in the horror genre. When I hear his name I do too. But I also think of one particular film that I always loved. That film is Season of the Witch. Not to be confused with Halloween 3. This film is his follow-up horror genre film to Night of the Living Dead. It is incredibly different from the film that his legacy is built around.

The film is about the Mitchell family. They consist of Jack Mitchell (Bill Thunhurst) his wife Joan Mitchell (Jan White) and Nikki Mitchell (Joedda McClain) the daughter. They are the typical 1970’s family. The business breadwinner father and the housewife mother. On paper, it sounds normal but the dynamics are far from normal. Bill is a violent, abusive, and distant partner. While the emotional vulnerable wife struggles with her place as she longs for more out of life. The conflict sets up a crazy tale of partner swapping, witchcraft, madness, and murder. The film is edited in a manner that is very disjointed. However, it still proves to be efficient and enjoyable. At least it was to me.

I hope when you give this a chance you can see what topics are being presented and get into the film. I think Jan White was incredible in the film. There is a soap opera vibe to her. It was fun to watch what she did with the role. I don’t rate films. I just suggest them. Check out this movie.