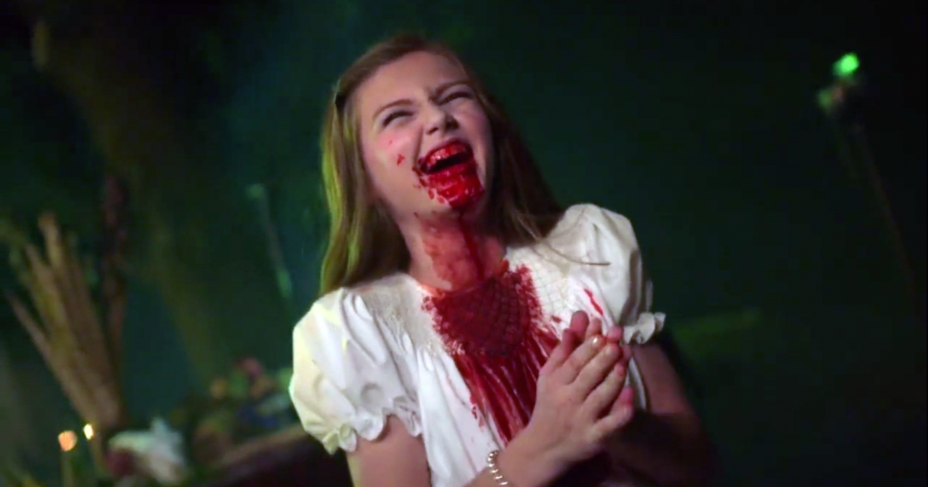 Well, I had to see what all the fuss was about. Satanic Panic directed by Chelsea Stardust is a cute horror-comedy. Let me be very clear. This was a really fun film. Considering that I previously watched Black Mirror Crocodile episode, One Child Nation, Terrified, and The Nightshifter before I checked out Chelsea’s film. All those viewings were pretty dark. Not to mention I saw watched the incredibly dark film “The Nightingale” last weekend. So this was a nice change of pace. The film wasn’t just good because it was proceeded by so many dark films. It was good because it was a really film. The cast played their comedic roles well. The situational setups were great. I don’t see any point to complain about anything about the film. The obvious nature of the conflict of being a virgin and being offered for sacrifice meant there is little to no backstory required.

The casting was very fun and enjoyable to watch. I mean who doesn’t like AJ Bowen? Adding the Rebecca Romjin and Jerry O’Connell along with Arden Myrin added much needed comedic talent to the film. That talent cast was put to great use. AJ Bowen was so slimy but yet still a funny and lovable character. I think it is was that we just like the guy more than anything else. I’m not knocking his acting. He just seems like a cool guy. It was so fun seeing Arden Myrin. She was great in this film. Her timing was perfect. The film really is worth all the praise. It reminds me of Deathgasm were the cast really keeps to story afloat. I would suggest you check this out. It is a very very fun film.