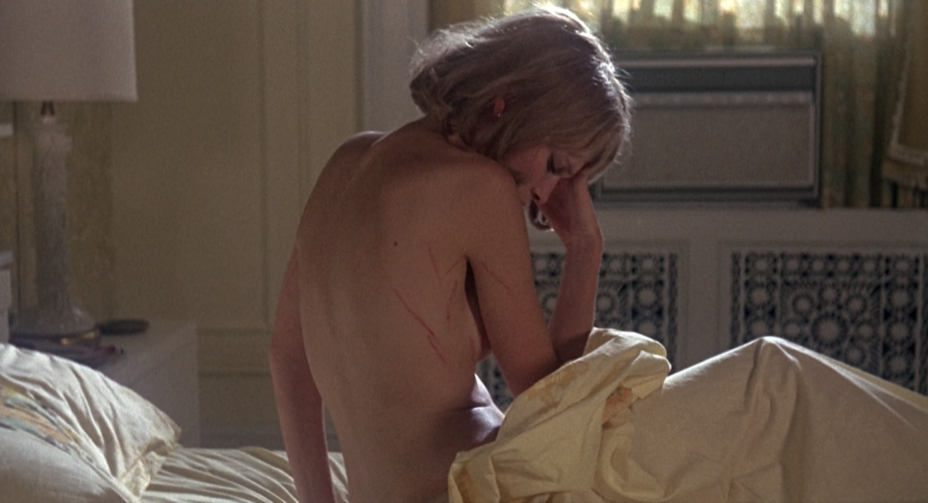 Another installment from Roman Polanski’s Apartment Trilogy is the incredible film called Rosemary’s Baby. It is the best example of gaslighting in a film that I have seen. Mia Farrow was spectacular as Rosemary and the shit she had to deal with was unmanageable. It is difficult to imagine anyone playing that role now that she somehow walked away with her head on straight. I feel like the thing that makes this a great film is the performance of the supporting cast. They performed at such a high level. As great as Mia Farrow was in the film. They performed equally as well.

You young couple moves into an apartment of their dreams. The peaceful stay is quickly interrupted by tragedy. Followed by some of the most disturbing situations ever seen on film. This is as close to a perfect film that I have ever seen in the horror genre. It is disturbing as hell. Not because of the violence, gore, or sadist actions by a masked killer. But the gaslighting of poor Rosemary. She didn’t stand a chance at all. Everything and everyone was against her.

I would hope people give this incredible cinematic treat a chance. Older films are not something that younger horror fans gravitate too. But films like Witch and Midsommar harken back to the days’ suspense was king. Be enjoyable and loved. This is better than the film that is similar in setup like this film. It one of the greatest horror ever made. There is so much I want to say. But I don’t want to give it away. don’t want to give too much away if someone has not seen this. The girls have. But it never hurts to point out the classics.