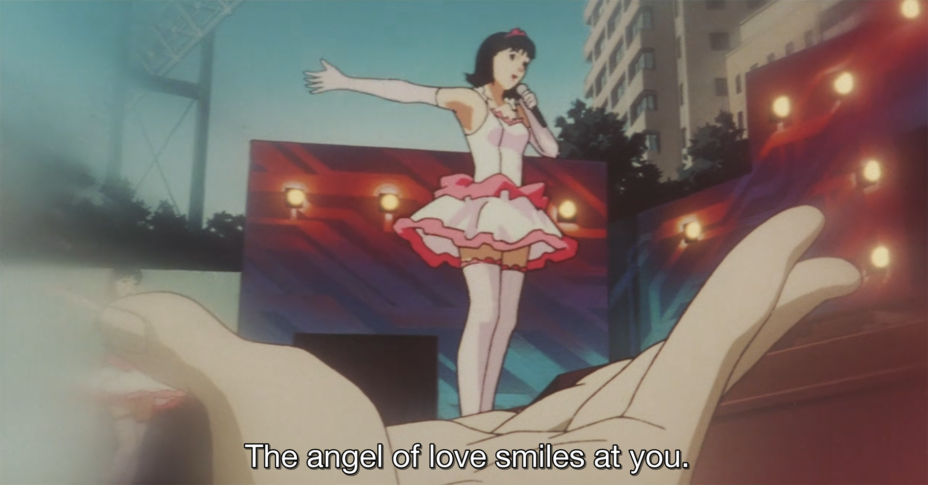 I am so glad that I did. this film is hauntingly beautiful and damn scary. Which says a lot for a horror genre veteran like myself. I got to say this is easily one of the best films to come out in 1998. It is so terrifying. And it is something that seems so fitting today. The main character Mima Kirigoe is a singer in a K-Pop girl band. She makes a decision to leave to group to pursue a career as an actor. That decision sets off a series of psychological and physically violent events that has Mima literally fighting to stay alive.

The thing about the film is that it shows that the more you put yourself out there the more you have a chance of catching the interest of a disturbed person. Being online increases that possibility. Even though that isn’t the driving force behind the film. It feels like leaping to that is a natural step. Mima is a personality and it is one that she puts out there to be consumed by any and everyone. That has its dangers. As it becomes clear that you lose control of yourself and become an object to the viewer.

The aspect that I found the most compelling was it blending the reality of the film with also being about actors that are involved in making a film. That thin slice of separations is something I love seeing. Film within a film are the best. Films like Irma Vep, The Brutal Hopelessness of Love, and Shadow of the Vampire. These films do an excellent job of playing with the narrative of the film by keeping you off balance with what is real and what is staged.

This film is a powerful piece of cinema and deserves to be viewed. It is available on amazon prime. The director Satoshi Kon and screenwriter Sadayuki Murai created something wonderful. Check this movie out.