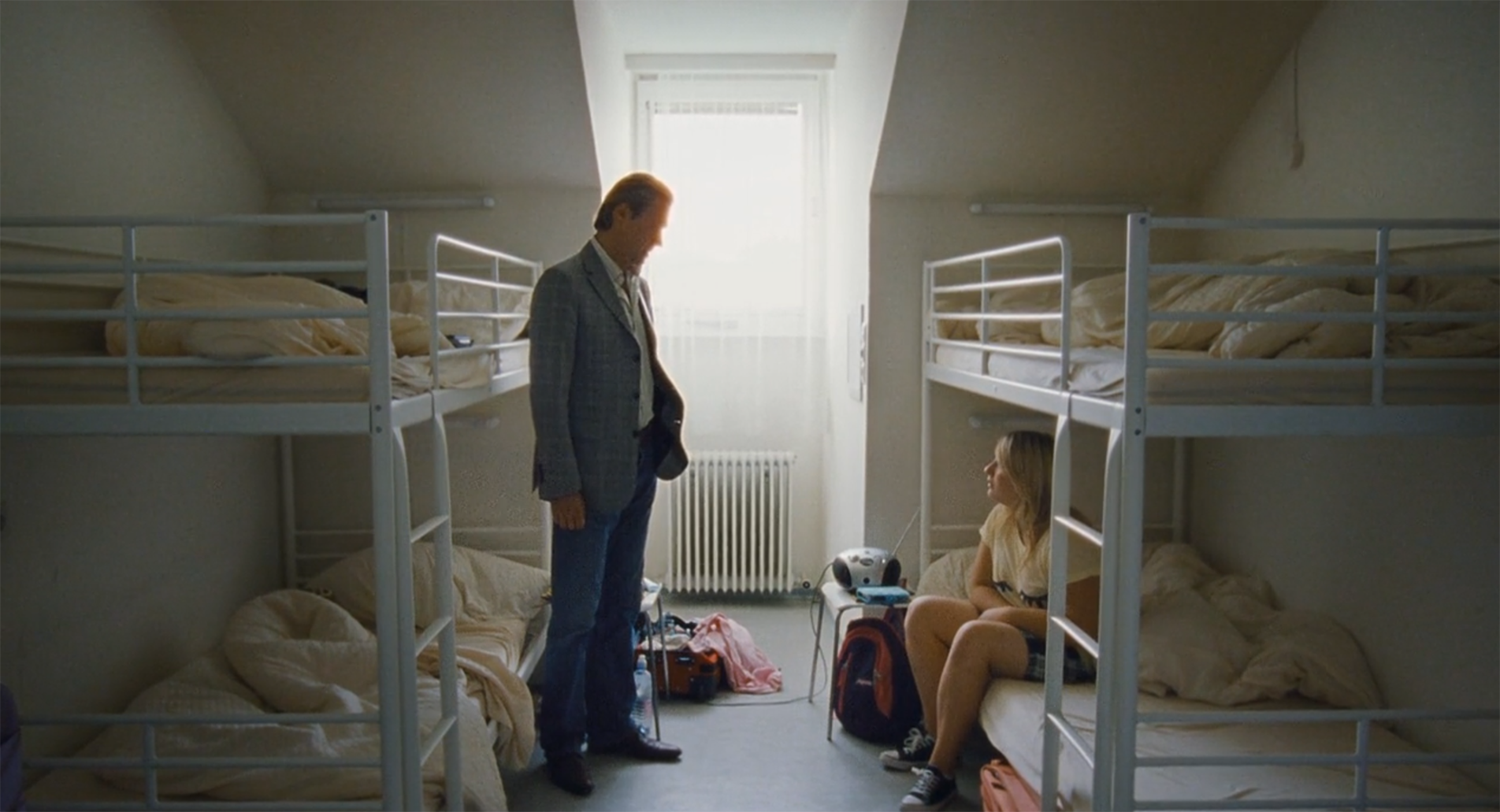 We this is the last film of the Paradise Trilogy. For so many filmgoers, this was one of the best films of 2013. I don’t really have a fight in arguing that point. I rather just get into talking about this film. Which since this is a “Discussion”. This contains spoilers.

Paradise Hope began with another film by the great duo of Ulrich Seidl and Veronika Franz. The story this time follows Melanie Lenz playing a character named Melanie, who spends the summer at a fat camp while her mother frolics along in Kenya in search of some African dick. I know that sounds harsh. But it’s true. Read here. Everything about the Paradise Trilogy is gut-wrenching to watch. And this film might be the hardest to watch.

The film kicks into the point of the film once the main character Melanie meets the camp doctor, played by Joseph Lorenz. And you got to give it to Joseph Lorenz. I can’t remember in recent time seeing a character who is creepier than this Camp Doctor. I couldn’t tell if this guy was infuriated with Melanie or this was part of his normal summer routine. Neither is good.

Let me talk about the Camp Doctor. When you are introduced to him you give him the benefit of doubt of being a decent guy. But then you slowly see the mask slip of his face. Melanie in no way seduced him. She in her nativity started to fall for an older man. And unfortunately, he appeared to take advantage of her feelings for him. Now it is never shown. And it is implied, but still, nothing is shown to make you think he wasn’t that horrible of a person that was incapable of doing such acts.

You feel that when he is with her alone in his office. You feel that he is constantly welcoming her as she appears to visit him daily. When they are alone in the woods and more importantly when he is alone with her after a night of her engaged in heavy drinking. It is clear any restraint shown by him is situational. Not at all based on his ethics. He is on the level of “Happiness” and “American Beauty” morally bankrupt.

Melanie, poor girl was not emotionally prepared for this summer break. She was not helped by her own self-destructive behavior. Her forced friendship with girls who were unhappy about themselves and their lives. The rule-breaking like stealing food, drinking alcohol, and smoking. The sneaking out, entering a club and drinking as an underage girl. It was just a really bad place for her. One of the most profound scenes in the film was when she broke down crying and called her mother after being told by the Camp Doctor to never talk to him again. Melanie’s emotional immaturity and vulnerability was on full display. It was heartbreaking.

What Melanie was in search of was similar to her mother’s pursuit in the first film. The trilogy is all about wanting. This trilogy is worth everyone’s time. I hope you find this film and the trilogy to be as entertaining for you as it was for me.