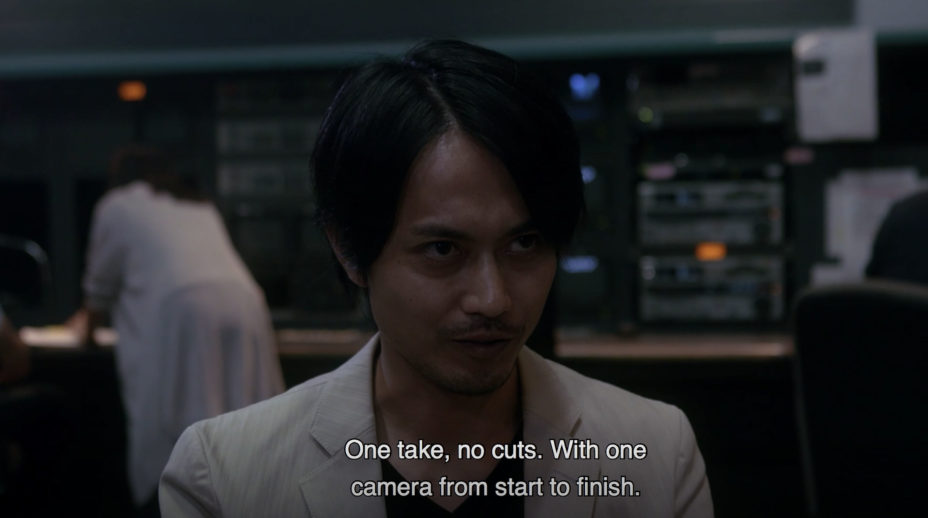 One Cut of the Dead

2019 has been a great year for me with films. I have seen the second-best horror film of the year. Sorry, but the depths “The Nightingale” pierced my soul is staggering. That being said. One Cut of the Dead is such a smart, funny, and great little film. I love creative movies. I need to learn more about the director, Shin’ichiro Ueda created a film that I was stunned to fall in love with. I am not big on horror-comedy films. But this film had a character that stole my heart. Harumi Higurashi played by Harumi Shuhama was easily my favorite character and the most interesting back story. How Shin’ichiro wrote and shot this film in 8 days for only 25K is something inspiring filmmakers could only dream about.

The story is that a super intense director that is filming his movie when it gets real. And that realness has to be captured and become the film called “One Cut of the Dead.” However, there is so much to learn. Watch and be amazed. It isn’t often you get to see this kind of raw talent on display. It probably is the best new film on Shudder. I can’t tell you how good this film is. Right now this is ahead of most movies seen by horror fans this year. I hope I don’t disappoint you by hyping this up so much. But trust me on this movie. You will love it. I mean I didn’t watch Gaspar Noe’s film Love to fit in the time to see this film. No regrets at all.