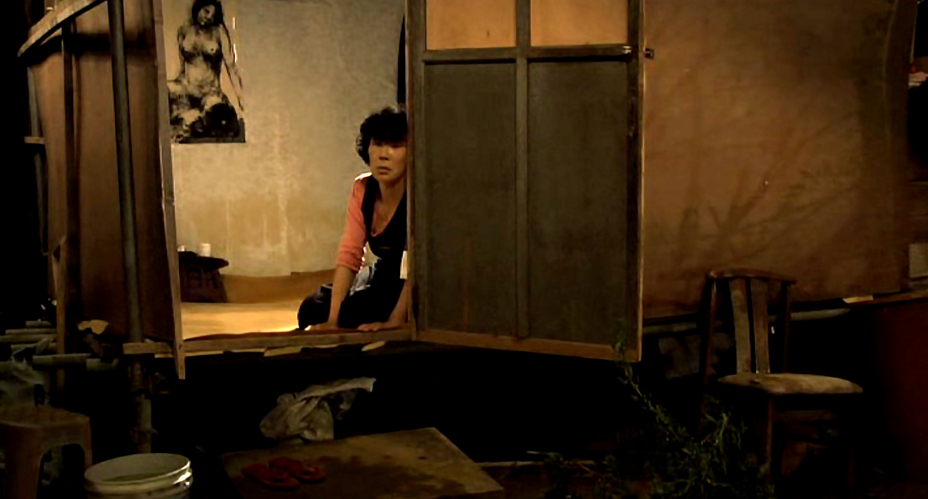 Life is tough everywhere. Especially for people who don’t have money to ease the hardships life can throw at you. Obviously it isn’t a competition. But imagine being HIV positive and at the same time broke with your only means of money is pimping your mother out as the cheapest prostitute in the city.

Well, that is the story of Mother is a whore. A 2011 film written and directed by Lee Sang Woo. The film is best described as a Korean “Happiness” film. It has the most messed up relationship dynamics I have seen in years. The Mother is willfully participating as a prostitute with a penance for not using condoms. The father who deserted the family has moved on but is abusive in the most sicking manner. All these things happen in the backdrop of Sang Woo and his dirty blood and persistent poverty-stricken life.

Lee Yong Nyeo portrayal of the elderly prostitute is stellar. She handles the role with such sadness and happiness. Her profession affords her contact that she craves emotionally and physically. But is comes at a price. WHat her lifestyle has her endure ia so much. But it is not the worse existence in the film. That person story should only be told by the story itself. Hopefully, you get to see this film.

This film is not for the meek and is hard to find. Originally titled Eom-ma-neun Chang-nyeo-da. You can find it here or in other places on the internet. It is a great film. From the opening scene to the very end. It is a journey that is so surreal in the desperate situation these people are involved with. Gripping and heartbreaking. Check out this film.