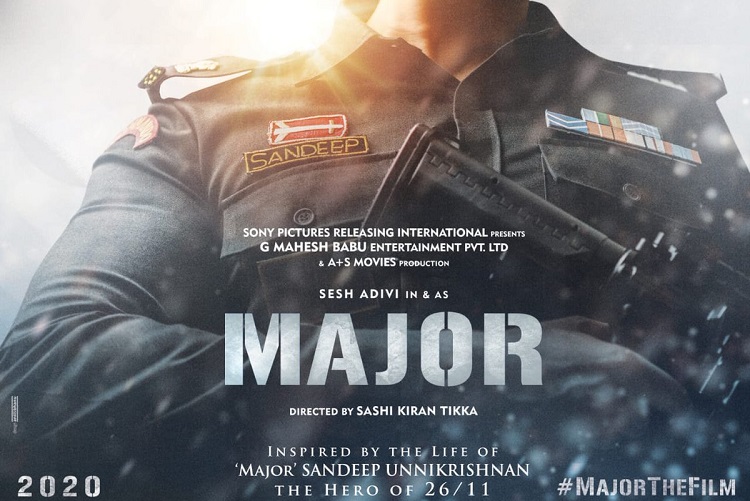 His last words to his fellow soldier were, “Do not come up. I will handle them.”

Damn, I knew going into this film that I would be emotional. I didn’t realize how emotional I was going to be. The reasons are numerous. One is that the Mumbai 2008 attacks just hit a nerve with me. It wasn’t the actions of one lone wolf shooter like we have in the United States. It was a concerted attack on civilians by a group of people committed to terrorizing humanity is rarely seen ways. Moments like what happened that day resonate with humanity’s collective soul. Second, Major Sandeep Unnikrishnan and his actions defy the conventional use of the term heroic. What he did was beyond words bestowed on people.

The film tells the story of how a young Sandeep was a kid. Who like all of us, has a dream. His love for his parents, sister, wife, and commitment to the nation shapes that dream. His dream was to be a part of something bigger than himself. He knew protecting people, and his love for his nation was core to that dream.

I don’t think it would be possible to find a better actor to tell this story than Adivi Sesh. Adivi Sesh embodied courage and humanity in his portrayal of Major Sandeep Unnikrishnan, whom Sandeep himself possessed. He will undoubtedly stir up lots of emotion and awards for Adivi’s onscreen performance. Casting knew what they were doing when choosing him for the lead role. Adivi will deserve and earn every accolade he gets for this film. It was an outstanding performance.

The film Major takes dramatic liberties throughout to create this film. The film’s early parts were a biographical representation of Sandeep’s life. However, I was a little unnerved when it turned into a full-fledged action film. But the film isn’t meant to be a documentary. And even with the attempts to entertain in those moments, it never loses sight of its objective. Adivi is that anchor that allows the viewers to stay emotionally engaged with Sandeep and the film. That was emotionally accessible for us to connect with him deeper. Viewers are allowed care for him as a person as much as they are indebted for his sacrifice and actions. That is what helps hold the film together. That is what makes this film special.

Biographical films are always the most challenging genre to do. People have such intense connections to the real-life people and events involved. Major does a great job of being respectful to all parties involved. It is difficult to hype up a film like this. I would say to check out this film before it is gone from the theaters. However, you can view it one day. Watch this film that was made with love and respect. It is crucial films we support films like this. His family supported the making of the film. It’s a film that stands on the performances of everyone involved. This film is made with heart and love. You will feel it and you will cheer and cry. Major is cinema at its best. Below is information from Wikipedia explaining the award and why Major Sandeep U received this award.

The Ashoka Chakra (alternative spelling: Ashok Chakra) is India’s highest peacetime military decoration awarded for valour, courageous action or self-sacrifice away from the battlefield. It is the peacetime equivalent of the Param Vir Chakra (PVC), and is awarded for the “most conspicuous bravery or some daring or pre-eminent valour or self-sacrifice” other than in the face of the enemy. The decoration may be awarded either to military or civilian personnel.

The official citation for the Ashoka Chakra Award reads:

Major Sandeep Unnikrishnan led the commando operation launched on 27th November 2008 to flush out terrorists from Hotel Taj Mahal, Mumbai in which he rescued 14 hostages.

During the operation, his team came under intense hostile fire, in which one of his team members got grievously injured. Major Sandeep pinned down the terrorists with accurate fire and rescued the injured commando to safety. In the process, he was shot in his right arm. Despite his injuries, he continued to fight the terrorists till his last breath.

Major Sandeep Unnikrishnan displayed most conspicuous bravery besides camaraderie and leadership of the highest order and made the supreme sacrifice for the nation.