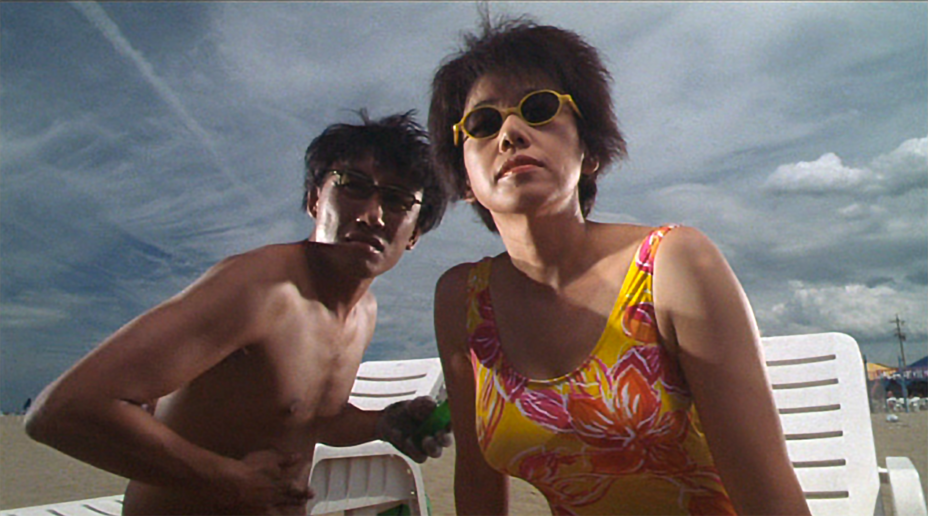 A long ass time ago back in 200 or 2001, I purchased the film titled Kuroi ie aka Black House that I knew nothing about from www.yesasia.com that blew my mind. I probably ordered it because it was categorized as horror and most likely was on sale really cheap. Bargain bin priced. I have always been cheap like that. Anyways this film is one of my favorite films ever made. I know there was a remake done in South Korea around 2007. But I never saw it. I can also be snobby about things like that. I don’t hate on remakes. But some films don’t require remakes because the original is that incredible.

The movie’s brightest star is Otake Shinobu and her amazing portrayal of Sachiko. I can’t stress how incredible she was. Her level of crazy is legendary. The emotional trauma she inflict on Wakatsuki and Shigenori Komoda (Masahiko Nishimura). Poor Shigenori was staggering. Her husband Shigenori really had it bad. His suffering is also unreal. He was is a constant fear of her and ended up becoming a walking ATM for Sachiko. She mutilated her husband Shigenori for quick access to insurance policy money. It as wild to witness her appetite for money and indifference about human life. Sachiko’s impact on Shigenori was a lifetime event. As children, she made him an accomplice to murder. The retelling of the murder is chilling.

As horrible as she was to her family. She was just as relentless in her attempt to destroy Wakatusuki. Never, have a seen a man so emasculated in cinema before. He had no backbone whatsoever. It made her attempts to destroy him so much easier. I have to tell you. It wasn’t Uchino Seiyo’s bravest character. But it is the most memorable character portrayed by him to me. I can’t say the Wakatusuki did anything brave in the film except for carry on with the investigation. I have not read Yusuke Kishi’s book that the movie was based on. If Watatusuki was as meek in the book as he was in this film. Then kudos to him.

Lastly, let me say that Yoshimitsu Morita did an excellent job with directing this film. It was a hard film to track down, And it is luckily available used on Amazon here. I highly suggest you check this film out. The final showdown between Sachiko and Wakatusiki is memorable. She attacks him with every ounce of insanity she can muster. How he comes out alive is actually mindboggling. Considering how pathetic the character is. Anyways check out this film. I consider it a classic.