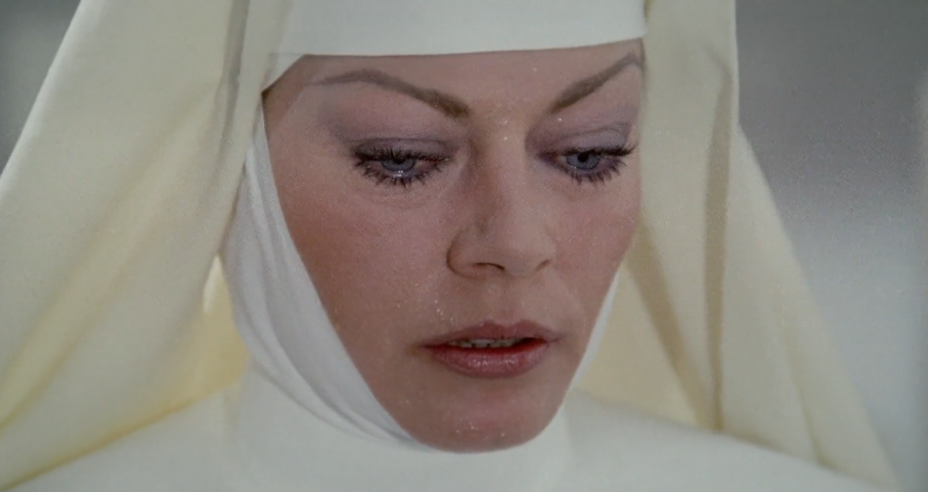 The director Giulio Berruti’s film Killer Nun has proven to be just as an enjoyable film today as it was 1979. This nunsploitation film is everything you want in one of those kinds of movies. It has convents, sexuality, the breaking of vows, and death. It also has a pretty good story. What I can tell you is that Sister Gertrude is the head nurse at a hospital. She happens to be dealing with carnal desires, recovery from her illness, and drug addiction. None of these things can be good, but she pushes through. Only to be involved in a series of deadly encounters that has her questioning everyone, including herself.

Anita Ekberg does an amazing job as Sister Gertrude. She takes command of the screen and for many of the scenes. It is her face that has the starring role. The film takes liberties in putting her beautiful face promptly in as many scenes as possible. Even though this is done. I feel that the story is compelling enough that you get wrapped up in trying to figure out the mystery that is taking place.

There is a lot of things going on. Not only is Sister Gertrude in the center of it. So is her partner and crime Sister Mattieu who is played by Paola Morra. A great portion of the film surrounds her relationship with Sister Gertrude. Both Sisters obvious have some issues to work out. The question is will they?

The movie is a great find for anyone who has not seen the film before. I highly suggest you check it out. I enjoyed it. Hopefully, you will too.