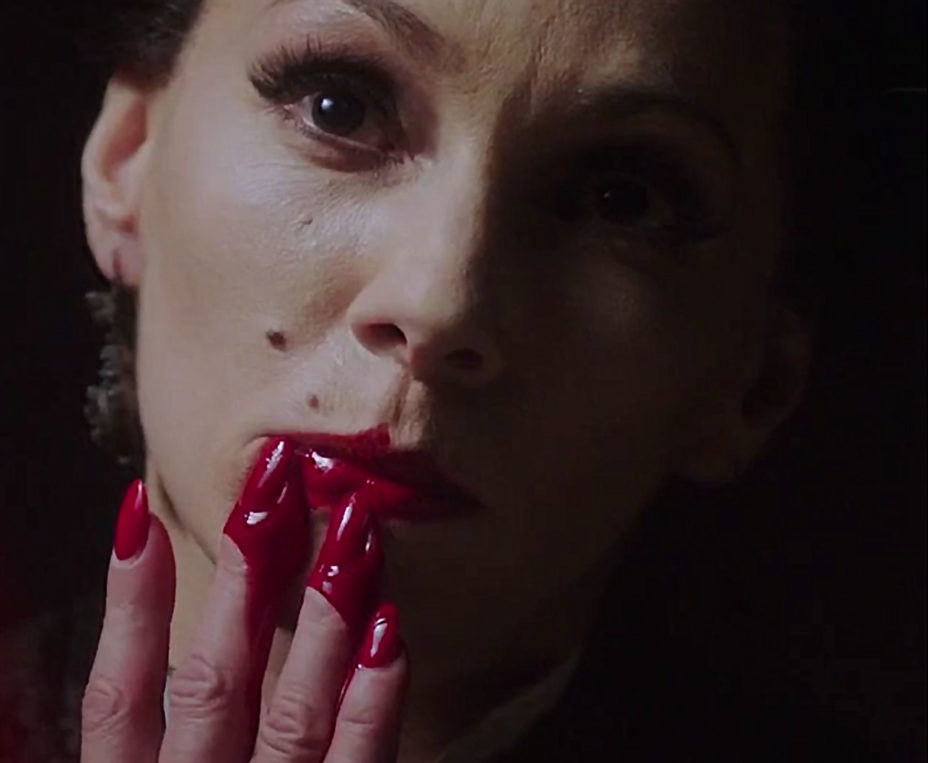 I didn’t know what to expect when I started watching this film. I still am not quite sure about what I saw. But I can say that I dug it. I feel as though you are taken on the same puzzling journey that the characters went through. Which was a good thing? I never felt bored as I was trying to understand what was happening and why.

The film’s story begins with a mature recently divorced black women prepare to go on a date with a man she found in a newspaper personal ad. To present herself to her first post-divorce date, she goes clothes shopping. Shelia played by Marianne Jean-Baptiste goes into the department store where she comes across a saleswoman who attempts to convince her to purchase a red dress that caught her eyes with the most interesting dialogue. Fatma Mohamed is Miss Luckmoore the seductive saleswoman with a tongue that is as intoxicating as her beauty. Listening to her was a high point of every scene she was in.

The film toys with the fabric of reality with what they are doing. The film accomplishes this with a script that plays loosely with every aspect of what is happening in the film. Nothing quite seems right. It is kind of like getting concussed and attempting to gather your bearings to walk a straight line. That is this film. It succeeds in keeping you off guard even though you can sense doom right around the corner.

I think if you like different kinds of films. You might like this. I would say to give it a shot. It might pleasantly surprise you. If you like this film you should check out the director Peter Strickland’s other films. The Duke of Burgundy and Katalin Varga might be up your alley. Especially his previous film Berberian Sound Studio. This is a film fans of films like The VVitch and Midsommar are bound to enjoy. Plus this is another A24 film.