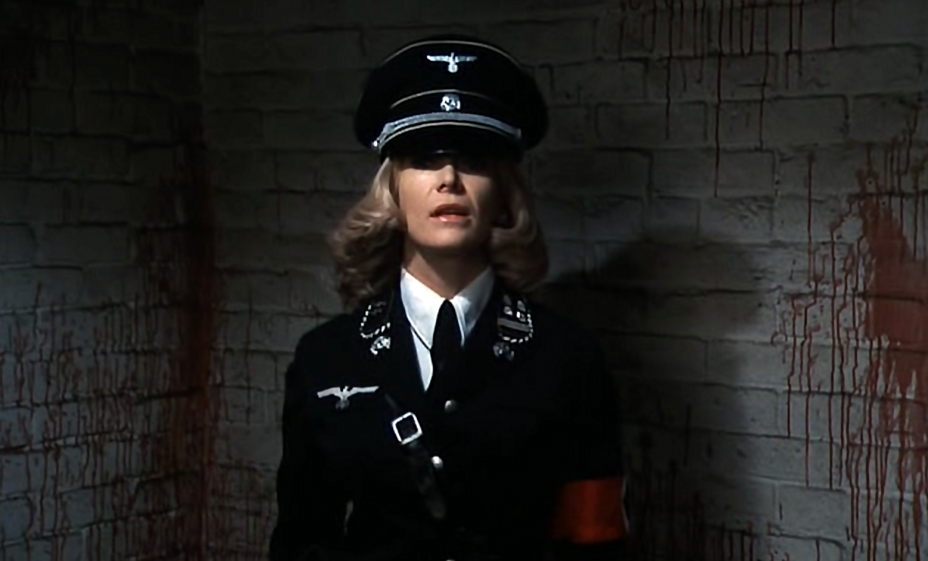 Exploitation films from the 1970s were pretty awesome. Ilsa like so many exploitation films didn’t get a warm reception when released. However, the film has its charm. And for horror fans, mainstream acceptance isn’t a requirement for a film to be loved. Our genre has a warm spot for badly written, acting, and produced films. Why because the film was created for our niche fan base. Movies like this suck, but for me, it is like watching a quarterback getting sacked from the blindside. It is something beautiful about something so horrific. And for a film that was bombed. It still produced three sequels. I honestly see the virtues of a fourth film being made.

Ilsa is the insatiable busty Kommandant at a Nazi prison camp who appears to be in search of a pursuit similar to that in Martyrs. Her pursuit is to demonstrate that through experiencing unbearable pain that women can prove to be better soldiers than their male counterparts. Ilsa puts the women through emotional and psychical that is amped up as much as her hypersexuality. Which allows her to use the camp as her sexual playground. She routinely has male prisoners visit her to pleasure her. And when they finish she waves them off to be literally finished.

The movie is so interesting to view because it is about some fucked up shit. But it is an exploitation film. So it is not hard not to take it to seriously. That being said. I you to argue in center horror/exploitation film circles that Martyrs was the fourth film in the series or at the least a direct sequel to Ilsa, She Wild of the SS. I argued that if you viewed Mademoiselle as an older Ilsa then you could maybe see the stories being slightly continued. It is a huge stretch to do so. But it is fun. The point being the film is very interesting and worth viewing. There are blood, guts, torture, boobs, sex, guns, and war in this film. There is a lot to love and also a lot to be revolted by. Either way, check this movie out.