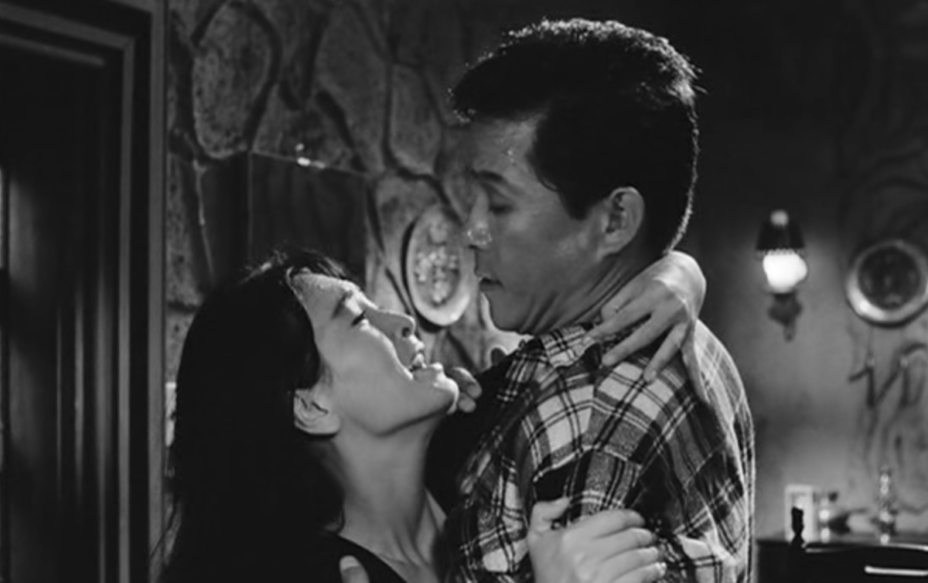 Holy crap. This movie is batshit crazy. And I loved it every second of it except the final minute of two of the film. But more about that later. Right now I want to talk about the most interesting Korean film that tackles to the subject of infidelity. In this film infidelity wrecks through this family like wrecking ball. The damage done is a sight to see. The carnage is without a doubt unexpected and incredibly brutal. I have discussed this film and tried to determine who was the victims in the movie. Seven victims total. Most of them are because the wanted to sleep with music teacher, Dong-sik Kim.

Mr. Kim was the teacher the female students all had a crush on. And as luck would have it. An opening into his life was being made. Mr. Kim and his family needed to move into a much bigger home. The lady of the house, Mrs. Kim would naturally needed some help with the chores, kids, and the new baby that was on its way. So the solution was to hire a Housemaid. That is when it begins.

The thing about the film is that almost nobody is a good person. Each person is a slave to their desires. Human nature at its finest is not on display in this movie. With each turn, a person in the film is exposed to be horrible or capable of doing horrible things. I can’t lie. I was on the edge of my seat on this one. The tense situation that happened was so relentless. But I loved every second of it. I would suggest this amazing Korean film to anyone. Now let us discuss the ending.

Well, I normally don’t suggest films with ending that screw up the experience. But sometimes you have to make an exception. Kind of like Descent 2. Great film up to the point she escapes. Just like that film. This film has a clear point of no return that you don’t want to pass. Think of it as a passive fan edit. Either way. To truly enjoy the film. Don’t not go 1:47:38 seconds when you hear the baby crying. Stop the film at the scene below.

Below is the movie.