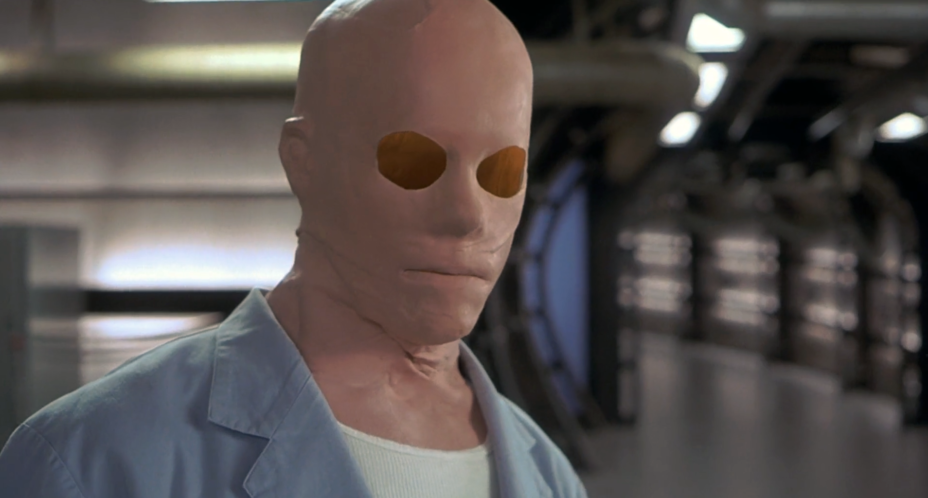 Hollow Man from what I saw on Rotten Tomatoes had a ludicrous score of 27%. Which is absolutely insane. When you consider it is a damn good film that had a great cast, story, and direction. Rotten Tomatoes describes it like this. Despite awesome special effects, Hollow Man falls short of other films directed by Paul Verhoeven. This flick over time degenerates into a typical horror film.

Well, it is a horror film. Not every horror film has to be life-changing and transcends the genre. Sometimes being a good film is enough. What makes this film good is the fact there are similarities between Kevin Bacon’s Sebastian Caine and the H.G. Wells’s Griffin and The Universal Movie’s Jack Griffin, all Invisible Men. The common theme of their sociopathic nature. In Hollow Man, it is clear that Sebastian has a lot of issues going on with him. The people around him laugh it off because of his brilliance. But it is right there. The people just didn’t know the extent of his issues.

Once the experiment takes place the restraints he had previously are gone. And the film really follows you seeing a driven mad or madly driven scientist, This film is a really good companion to the 2020 The Invisible Man. I think the experiencing both films help do just to the intellectual property H. G. Wells created. Check out this movie. I don’t think you will be disappointed.