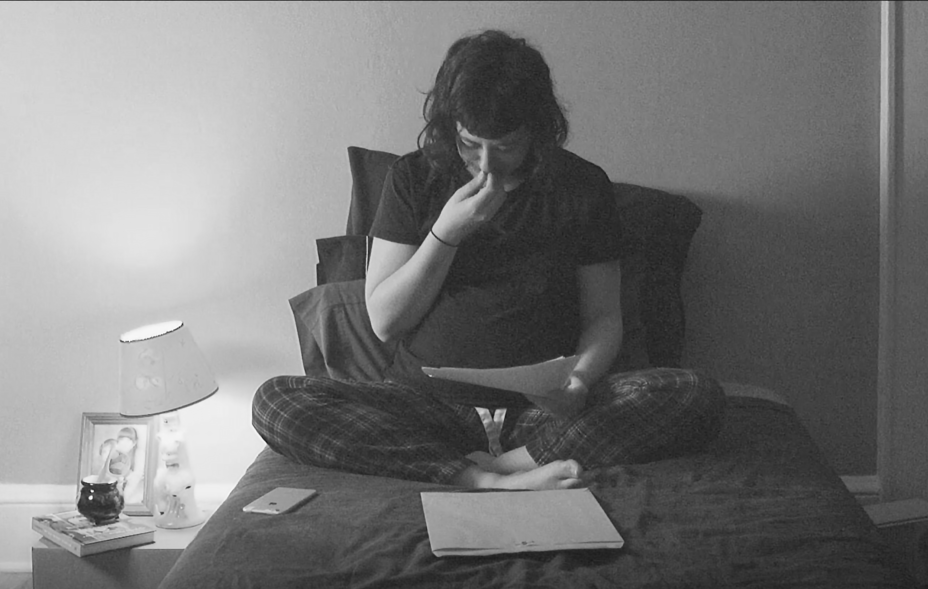 Brian Darwas created my most funfilled ride with his film “Get My Gun. First, let me tell you that the film is not comedic or amusing at all. When I mean that it was my most funfilled ride is that the most kept surprising me. Not once did I know what the hell was going to happen in the next part of the story. Brian did an excellent job in not making anything important to the story obvious for the viewer to figure out. That helps the film stand tall in my opinion. The slow burn nature of the film worked well. It was enjoyable for the film not having a rushed feel to it. I loved every moment of the film. It was done very well. I was impressed.

The story is about a woman who has an extremely mundane existence. She befriends a coworker and then nothing goes her way. It is pretty jacked up because she is a cool person. Kate Hoffman’s portrayal of Amanda just kicks ass. She showed so many aspects to Amanda. It helped create a full-figured character for the film to rely on. She handled the responsibilities of carrying the film well. She and everyone else involved in the film did a fantastic job.

The ending was just as unexpecting and enjoyable as the previous portions delivered earlier in the film. I just loved how I got to enjoy the journey and the destination of this movie. I look forward to seeing more work from the cast and crew. I hope Brian does some scripted filmmaking in the future. This was an extremely good film. It is available on Shudder and Amazon Prime. If you get a chance and want to something different but accessible. This might be the movie for you.