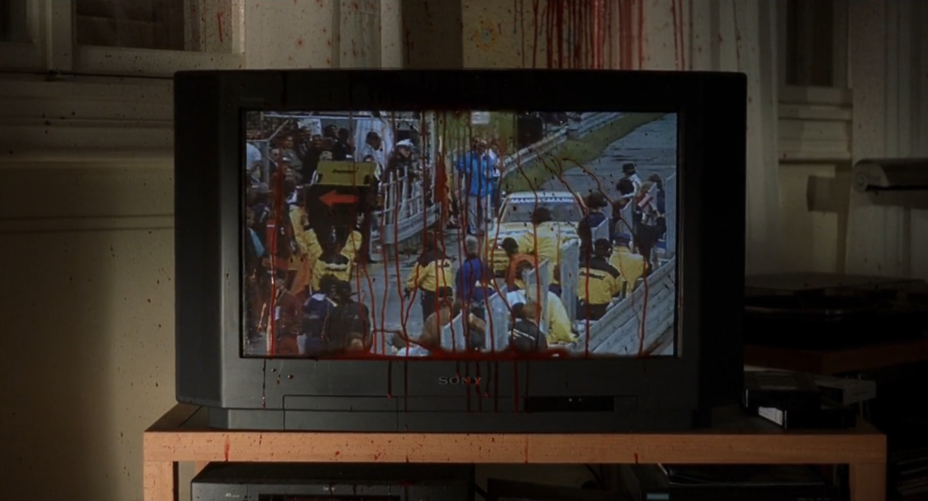 So you have movies that make you feel for the victim like “The Girl Next Door” and “Irreversible.” You have films that make you relate to the victim like “Death Wish” and “Revenge”. But what if there was a film that made you an accomplice to the crimes. That is “Funny Games.” There is no plot. There is only the question posed, “How do you sit through this kind of film for entertainment purposes”? It is a great question. This question is being posed by the director and writer through two normal-looking dudes. Together they work in tandem and forces you to become a player in their Funny Games.

Trust me. That is what the director Michael Hanke is doing with his film. He does it well. He has the characters break the fourth wall numerous times. The dialogue implicates you as the view a willing participant. It is amazing when viewed in context. In 1997 this was pretty groundbreaking stuff. It is a movie that turns the film from being entertainment. Something else that is far from that. I turn itself into a critique on us. And some very slow-paced and agonizing psychological torture for the family forced to play the funny games for and with us.

I can understand the issue people have with this film. But let me say this about the movie. The only thing that comes close to it is the almost shot for shot remake he did for the American viewers back in 2007. Slight changes were made. But nothing that impacts the point of the film. Not like the remake of the Vanishing did when it was remade by the same director as this one was for American viewers. I prefer the original. However, it so so damn hard to find. So if you must. And I can’t believe I am saying this. Trust me this is more about Michael Hanke than me. But go see the American version. Basically, it is the same movie. Nothing is lost in my opinion. Except for the fact it loses the uniqueness and becomes a vehicle for Naomi Watts and Tim Roth. But a small price to pay to see a great film. Just see this film. Please!!!!