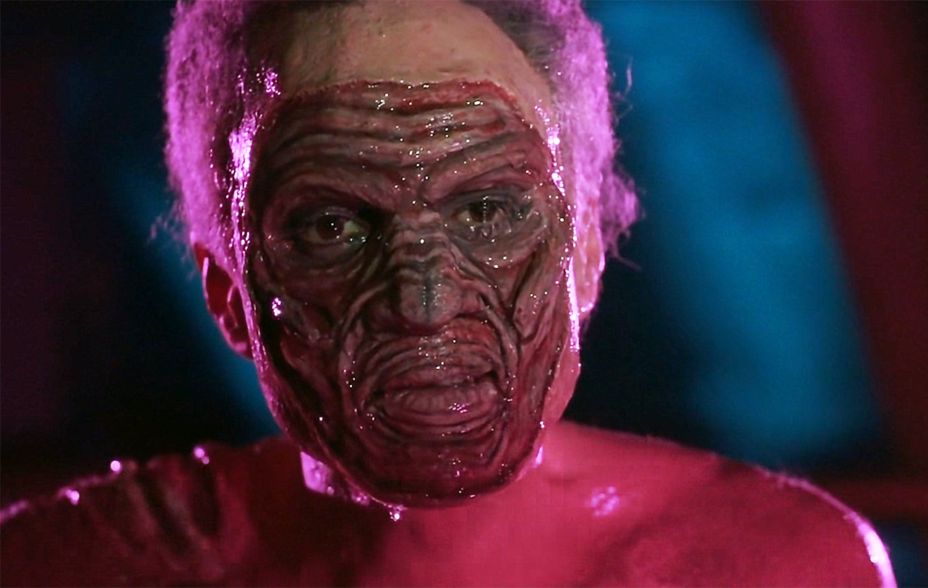 When most people think of Stuart Gordon they think of Reanimator. And of course, I do too. I’m not crazy. That being said my favorite film by him is From Beyond. This film is bat shit dope as hell. I love so much about this film. I Jeffrey Combs. I love Barbara Crampton and Ken Foree is the man in this movie. I don’t believe in the notion of a film being underrated. However, I will say that this film doesn’t get the love Reanimator does. I don’t know why. But then again. Reanimator os awesome.

Apparently Dr. Pretorius is a big ole freak and his kink is whipping women. However, he is also a brilliant scientist that creates the Resonator. A device that allows people to see the reality beyond our perceived reality. I mean this invention would be dope if it weren’t for the fact what is around us all the time is so damn terrifying.

The rest of the characters perform so well in the story. Jeffrey Combs’ Dr. Crawford Tillinghast isn’t as iconic a character as Dr. Herbert West is. However, his scenes with the pineal gland costarring are better than his Reanimator scenes. Dr. Tillinghast is a victim and assailant throughout the film. He crisscrosses the roles with eases. And Barbara Crampton has the coolest character of her career in this film too. Dr. Katherine McMichaels is such a conflicted and ruthless person. Her desires trump the safety of everyone around her. And ultimately get her in some serious troubles. The only person who has any redeeming qualities is the fan-favorite actor Ken Foree who plays Det. Bubba Browniee. He is so freaking cool in this film. It is easily a top-three role for him in my opinion.

If you have not seen this movie. I got to stay that it is a must see. I am sure you can find it. Prime Video or Vudu. It is right there for you to rent it.