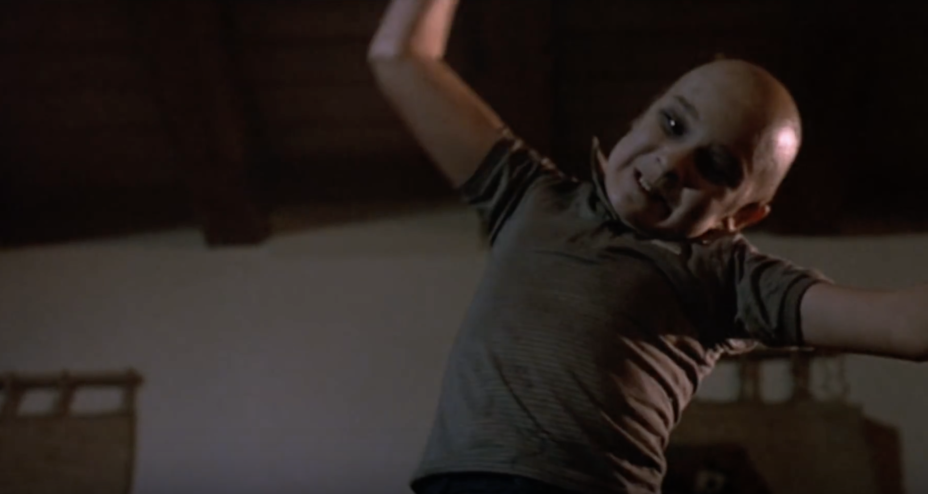 Well damn. This is my movie. Love it so much. I got to tell you this is the best film of the franchise. That fact was when it was released and remains a fact. Let me be clear. This is not an opinion. The deaths that began on one Friday the 13th have now span across the calendar to Monday the 16th. During that night Jason along with all the people he murdered are found and shipped to the local hospital. It is in there that Jason somehow returns back to life either the first or second time in his existence. I guess that depends on if he actually died when he drowned as a child. Either way he comes back and the Jason 4.0 is pretty vicious and refuses to go down without a fight. I think it is the viciousness in this film that I particularly enjoy. He has some really brutal kills. This series used to revolve around the great archetypes of characters. But this film stood apart from the films of the past and seemed to focus on increasing the intensity of the deaths. Obviously nothing comes close as the messed up death of Chili in part 3. However, the mean streak displayed in the deaths of the coroner, Doug, Jimmy, and Rob standout are really mean as hell. Maybe it is in my mind. However, that is how I saw it as a child and I still hold on to those opinions.

I love the characters in this film. Christopher Glover as Jimmy and uncomfortable and insecure young guy was relatable and just came off as one of the nicest characters in the series. The twins came off as chicks who really were not happy at all even though appearing to have it all. Tommy, his sister Trish and Mrs. Jarvis added a family dynamic that was missing in all the films. It gave the viewer a different perspective when watching the film. That family dynamic added so much to the film. You saw it with the Jarvis family, the twins, and with Rob who was the brother of Sandra. The girl from Part 2. Even the basis of Jason’s rampage was to revenge the death of a family member. A classic Greek tragedy.

For many people the main event is Tommy. It wasn’t for me. I was focused on the film because it was supposed to be the “final chapter”. It wasn’t. I’m not so sure if that is a good or bad thing. But during the first run of the film. It was a perfect payoff for the fans. Jason was dead and you could only imagine Tommy’s future. But the things that matter was the story was over. Wrong, but oh well. Money was created to be made. Check out this film. It is the strongest film in the franchise. It is not my favorite anymore. That changed. I will explain which film took the place as my new favorite. This movie is still and always will be the best of the series. But it isn’t my favorite anymore.