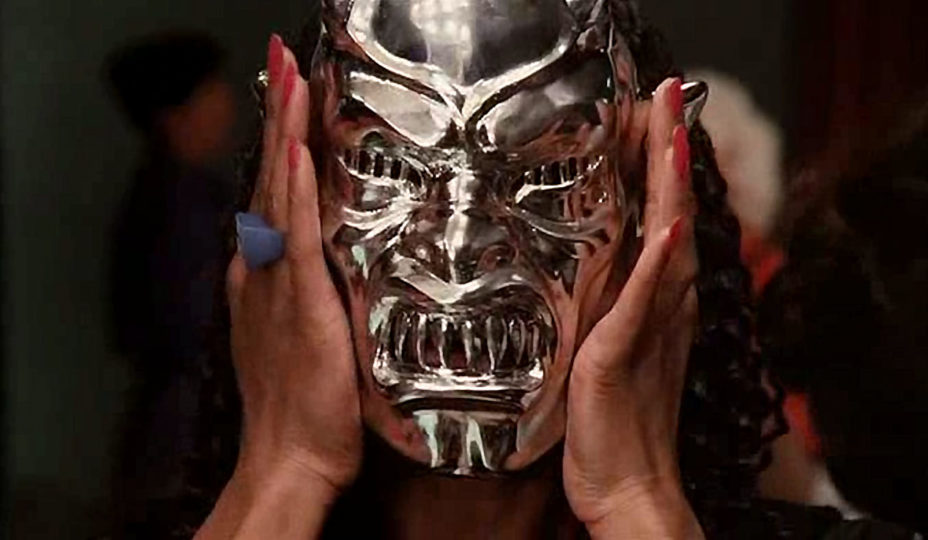 A movie about a movie that shows a place overrun by demons while actually being overrun by demons. Yes, it is time to talk about Demons. This is the film that took my childhood horror of slow-ass flesh-eating zombies to another level. Running, yuppers the buggers ran fast as hell, Which psychologically messed my brain up. I wasn’t getting away from them anymore in my dreams. Thanks a lot Lamberto Bava.

Listen there is no point in arguing about whether or not these creatures are zombies. That is beside the point. Plus, I know they are Demons. I mean that is the title of the film. However, it is also clear that some of the people infected died. So whatever.

The film is about a plague that breaks out in a theater filled with moviegoers. How the plague actually comes into play is up for debate. What isn’t up for debate is the speed it spreads. It is like a wildfire. The patrons of the theatre don’t stand much of a chance. As the odds appears stacked against them surviving. What takes place cleary is a heart-racing adventure.

A few more things. The music is very euro-pop 80s. It is so much fun. That and the bad overdubbing so much charm to this film. It is classic 80’s euro horror at its best. I can go on for days talking about how fun and awesome this film is. But you have tp see it for yourselves. You will find the campiness and dated feel of the movie to be so enjoyable. At least that is how I view the film now. Loads of fun. Especially for the family that likes to watch horror together. More fun than stress. Check out this movie.