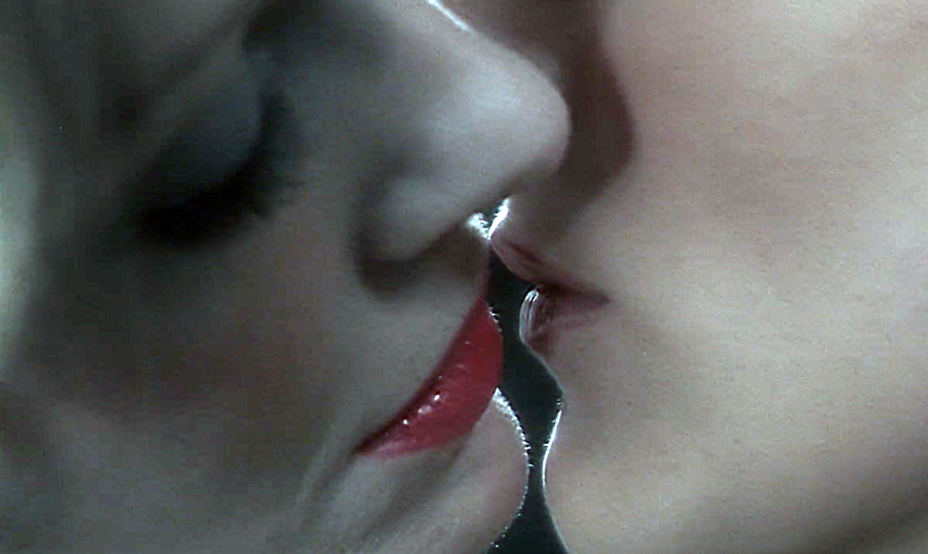 My two favorite vampire films are Vampire Lovers and Bram Stoker’s Dracula. There is something out both films that carry a certain level of dignity in them. That same sense is found in Daughters of Darkness. The film centers around the arrival and stay of two couples at a hotel in Belgium. The first is the highly sexual young couple Valerie (Danielle Oumet) and Stefan (John Karlen) who are on their way to visit her mother in law in England. The other couple is Countess Bathory (Delphine Seyrig) and her partner Ilona (Andrea Rau). Each couple had their issues. Valerie wanted to be embraced by his family. Ilona wants to be turned.

The film excels in the are of cinematography and tone. Harry Kumell made such great use of his DP Edward van der Enden. There are scenes in the remastered version of the film that draws you into the scene. That silver dress Delphine wears in the film looks utterly amazing on her. You cant even downplay the wardrobe, makeup, and hair in the film. Every aspect of the film was so visually appealing. When you have a film that has a foundation built around sadism, masochism, impulsive behavior, love, and lust. It helps that it is a beautiful film to watch.