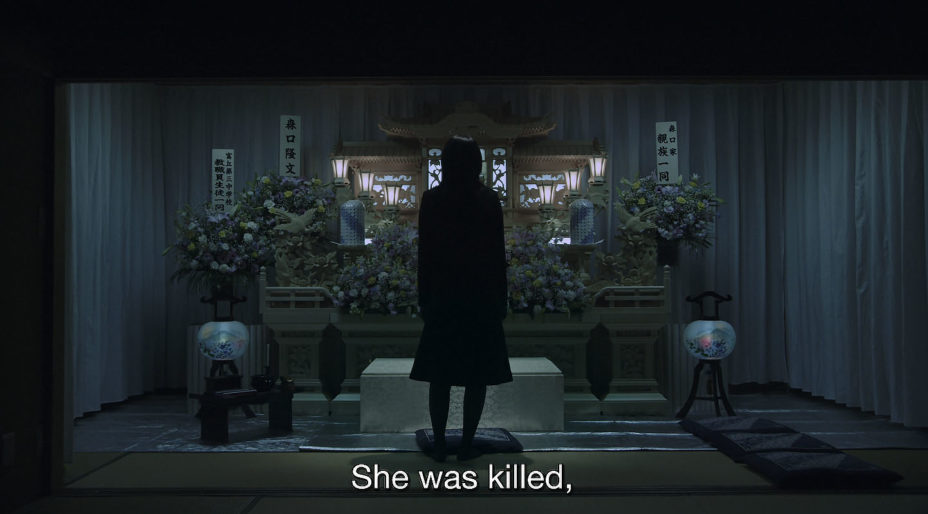 So if you want to piss a woman off, then kill her child. That was a lesson, two classmates, Shuya and Naoki learned the hard way. The movie involves a plan of revenge that rivals Lady Vengeance and Dangerous Liaisons in its complexity and cruelty. The plan is beautifully orchestrated by the Junior high school teacher and mother Yuko Moriguchi played by Takako Matsu. Who earned many awards for her role in this film. She was an absolute delight to watch in this film.

The film slow burn might be a turn off for some viewers. The stylistic cinematography was a little distracting. However, the story was upfront and center in the starring role to me. I could not help be amazed as each layer was unveiled to me. It never was predictable. Which helped keep my attention. It is a film that couldn’t be made today. Too many aspects about the film that would have the Political Correct Police in an uproar.

Yoshino Kimura (Naoki’s Mother) and Masaki Okada (Werther) provided stability for the film when the stars were no support the scenes. I was so into Yoshino as the overly productive and much in denial parent. She was amazing. And Masaki brought energy to the film that lacked it due to the somber tone that was persistent in the film. Lastly, Mana Ashida played the young victim Manami Moriguchi. She was the cutest little girl. Her smile stole every scene she was in.

Please consider giving this film a chance. I am sure you will enjoy it.