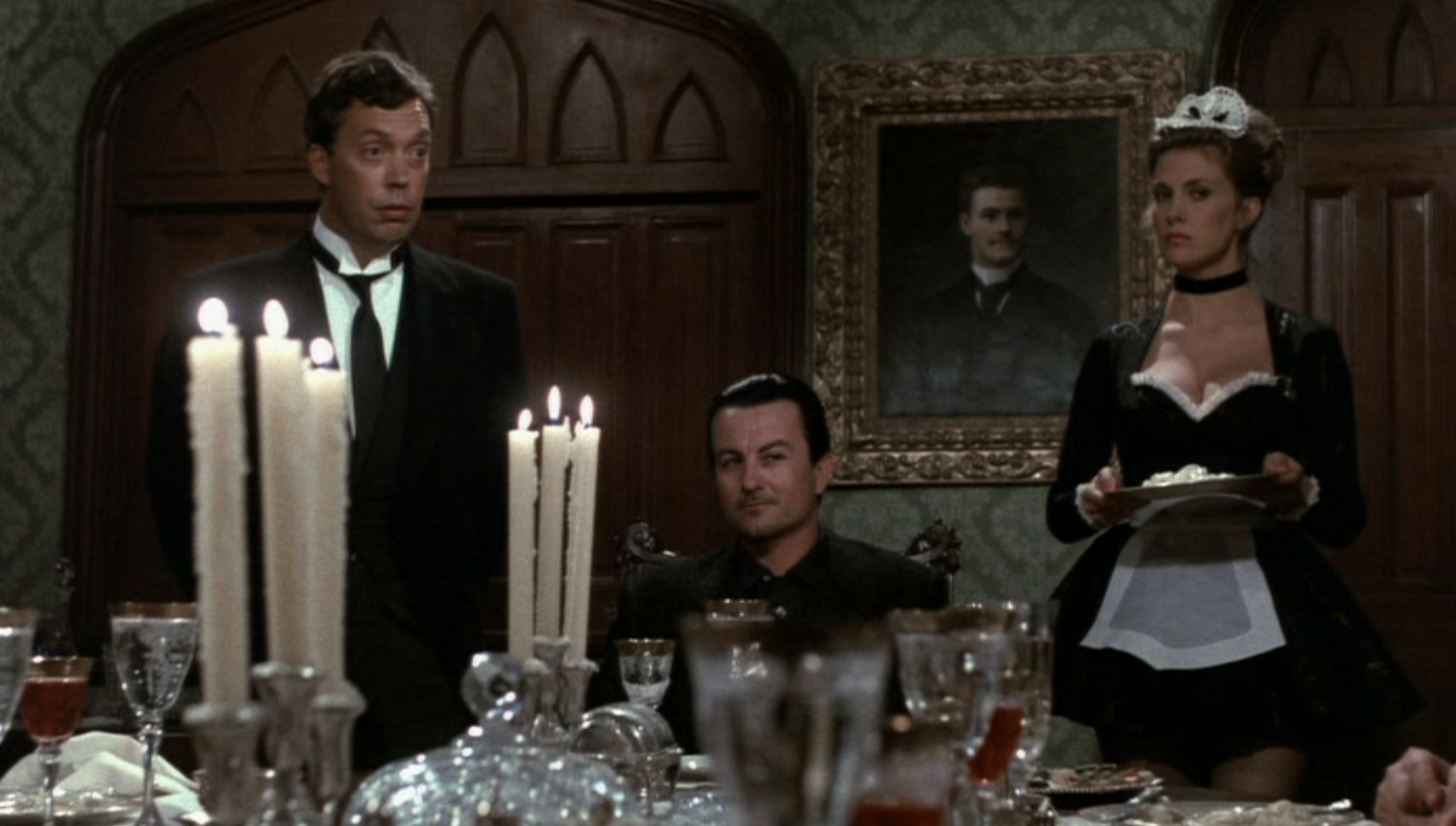 There are so many reasons for you to #checkthismovieout. One is the simple fact falls under the category of a perfect film. The characters are portrayed with such reverence. You can tell the cast enjoyed what they were doing on the set. Each character\’s personality just jumped off the screen. Now be warned. This film is extremely dated in the approach to social norms that we live in now that we’re not there before. The overt sexualization of the female characters, the verbal sexual harassing comments, the implication of homosexuality being wrong, all seem dated. And they are. However, the film is fun and nothing can take away the brilliance of this film. Jonathan Lynn’s direction was on point. He was able to visually bring a board game that really relied on the players’ imagination to life.

Tim Curry was the perfect embodiment of the Bulter Wadsworth. I don’t think any fan of his would minimize the character’s importance in the body of his amazing work. He carried the film with his portrayal of this character he created. Iconic.

Lesley AnnWarren, Madeline Kahn, Eileen Brennan, and Colleen Camp were equally important to the popularity this film has with me. Each character was different but yet had the same responsibility. Which was to add depth to each scene. They did this so well. The movie wouldn’t be the same without them. The presence these ladies had are not usually seen in ensemble films.

I highly suggest you to checkoutthismovie.