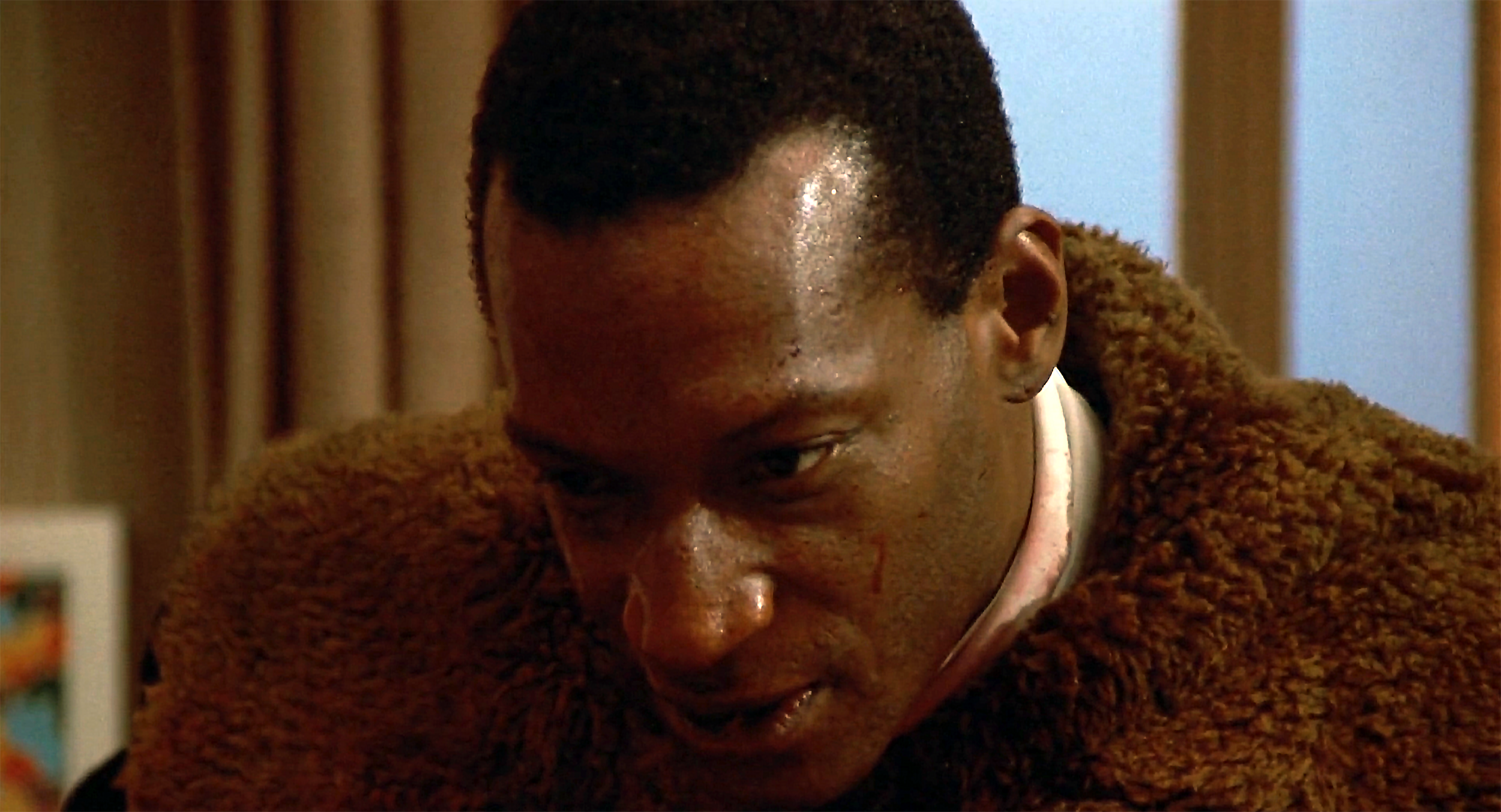 Well damn, I just watched Candyman again. I actually forgot how awesome this film was. To be fair, this film is one I probably have not seen since 1992. You know, I am a serial killing kind of horror fan. Supernatural films usually bore me. But this was such a pleasant surprise because I forgot how good the film was. I probably didn’t give it the credit it deserved because of Clive Barker’s lack of involvement.

The film is following Helen Lyle (Virginia Madsen) and her pursuit to finish her thesis about urban legends. And comes across a local urban legend that has similarities with “Bloody Mary”. Instead of an appearance after saying the name three times you say it five times. And unlike Bloody Mary, Candyman (Tony Todd) was real and had actual deaths attributed to him.

Helen goes into the dangerous area of Chicago and enters the Cabrini-Green housing projects to get additional information on the murders and Candyman. What happens is the great story and introduction to the horror world a Black Villian that remains popular decades later. So popular that an additional entry is being created by the amazing Jordan Peele this year.

As Helen digs deeper into the investigation the bloody bodies pile up. And she has some explaining to do. That is if it is possible. But as much as the film is about Helen it is clear it is called Candyman for a reason. Tony Todd just absolutely kills every scene he is in. It is dope a fuck because none of his screen time is wasted. He will always stand tall in the horror film because there are not many stories that get a push with a Black antagonist. Which in the real-world analysis makes Candyman the protagonist.

If you have not seen this film. Check it out. It is currently playing on Netflix.