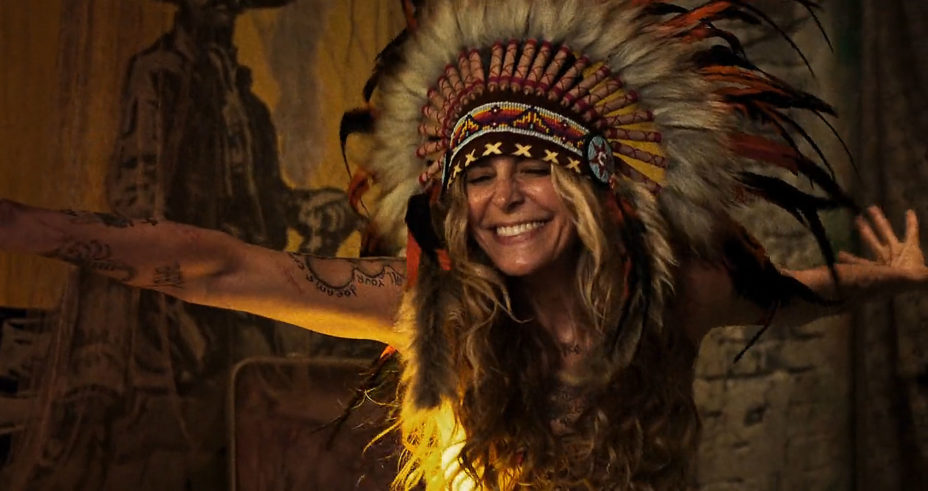 First, it is tough to see an old Captian Spaulding. But then it is even tougher knowing we will never see Sid Haig perform again. What a wonderful actor and person. He will always be the most memorable clown ever in the horror genre.

I know everyone has their favorite character. But I think it is fair the say her quote is pretty accurate. Sheri Moon’s character Baby Firefly has all the choice scenes, dialogue, and momentum in the film. She is like a force of nature on the screen. She shines so brightly in this film and without a doubt is the foundation for the film to succeed.

Listen, I don’t know how I feel about the film. I don’t dislike it. It falls into the category of the kind of films like Hereditary. A film that I didn’t think was strong but had an incredible individual performances. That is how the best way that I would sum up 3 From Hell. I liked it enough to suggest it. But I think it is because the main cast were excellent. But the film. Well………

Listen it is worth a look. I don’t agree that it takes anything away from how great The Devil’s Rejects was as some people believe. That’s like saying The Devil’s Rejects made House of 1000 Corpse a better film. LOL, not possible. If you like Rob Zombie and love Sid, Bill, Sheri, and Richard, then go see this film.