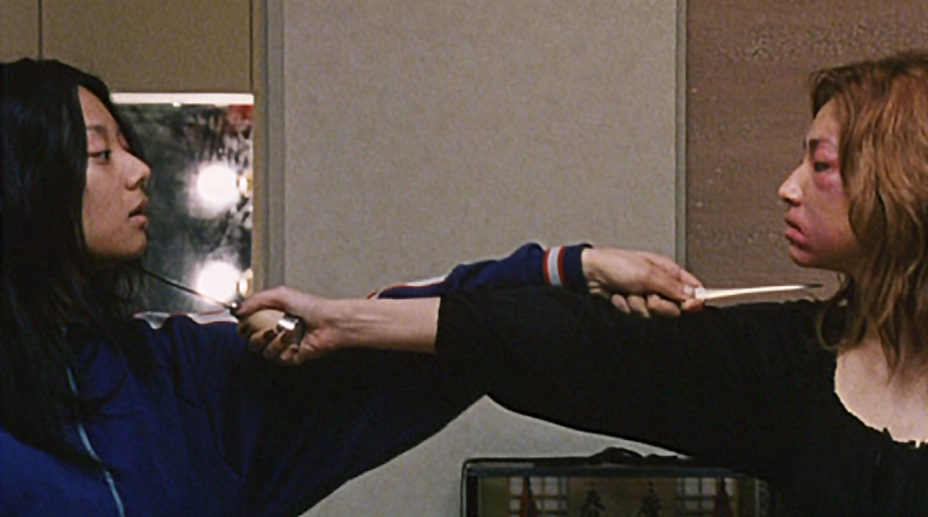 Ambition is a mofo. Ambition in a small 2-bed room apartment with a living, dining, and kitchen as room is deadly as hell. Let me introduce you to 2LDK. It is a great little Japanese film that I fell in love with way back in 2003. The plot is two roommates are vying for the same role in a film. They both come from different backgrounds and are not compatible as roommates. As the competition for the role heats up so does the tension at home. Which sets itself up as the films costar as the two roommates battle it out if a fight to the death.

The film captures the nuances of a bad roommate situation in the most accurate manner. How it eventually plays itself is pure violent fantasy. And it is something to watch. I would love to see this film remade. Only because it would be nice to have a bigger budget for the camera work. But I can live with the print that is available. It still looks good for the age and budget.

I am also a fan of the story behind the film. Legends have it that two directors Yukihiko Tsutsumi and Ryuehei Kitamura were challenged to create a film where two actors in one location had to battle each other to the death. Ok, I don’t know about the death part. But the point was to have the two characters battle each other in one location and create a film based on the duel in one week. This film is Yukihiko Tsutsumi’s submission. I love the pacing and the buildup to the fight. All the microaggressive behavior ramped up the emotions each character felt towards each other. Until they reached their tipping point and exploded.

Fun film. I think you will enjoy it once you see it. I had the poster of this film in my office. I hope you enjoy it as much as I did.